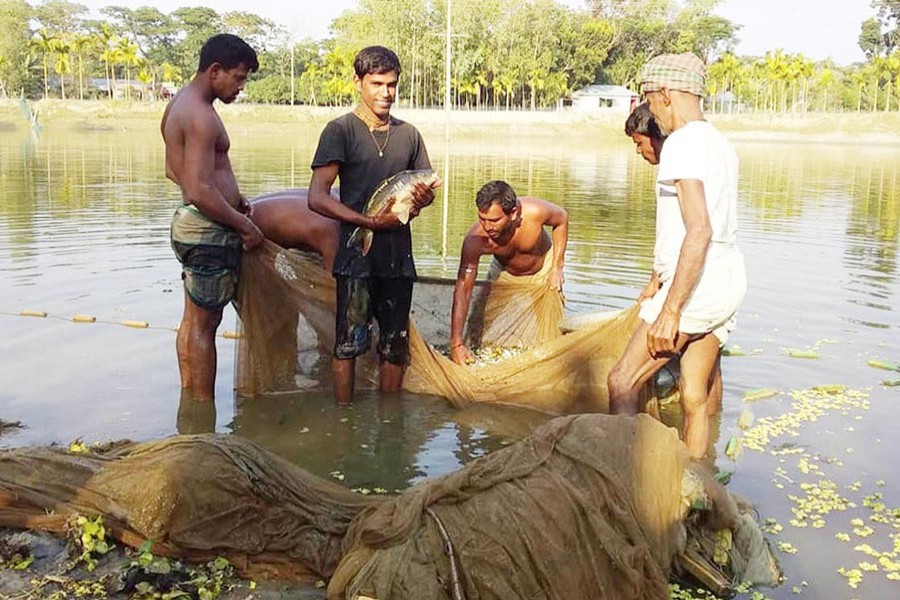 BOGURA, Jan 10: With the assistance of authority concerned, fish farming has brought solvency among extreme poor farmers in Bogura district.

Employment is expanding fast across all 12 upazilas of the district due to lucrative profit spending a small amount of capital. Before a decade, they had cultivated fish both in ponds and free water body without knowing the correct method of rearing fish.

"I have cultivated indigenous fish species on my 34 decimal ponds this season spending Tk 6,700 to pay feed and labour cost," said farmer Asim Kumar Das under Gabtoly upazila. "I have already sold all the fish at Tk 60,000." he added.

More than 6,000 fish farmers have been involved with the job across the district. Over 4700 small, middle and big ponds have been used in cultivating fish in the district. The profession is boosting to drive poverty away from the region.

Now they are on the way of self-reliance.

District fisheries officer Rawshon Ara said her department provided logistic support among the eager fishes farmers to make the programme a grand success. The fish farmers are making handsome money as the price of the fish is satisfactory, she added.