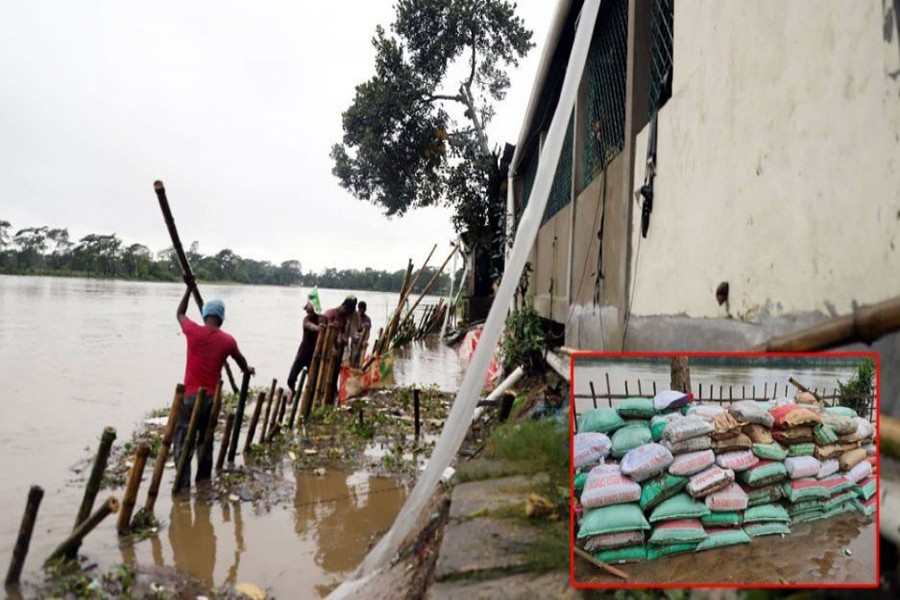 SYLHET, May 14: Excessive rains for the last three days caused severe waterlogging in Sylhet city areas, causing much sufferings to the city dwellers.

An official at the Regional Met office said, "Sylhet is the highest rain-prone zone in the country, on the other hand, it stands on the foothills of the Indian states of Meghalaya, Assam and Tripura. The world's highest rainfall area Cherrapunji of Meghalaya is also close to Sylhet frontier".

Regional Met office in-charge Senior Meteorologist Sayeed Ahmed Chowdhury said, "The rain would continue for several days. During the last three days we experienced heavy rains. About 18mm rain has been recorded in the last 30 hours till 12 noon on Saturday".

There has been no major development in the flash flood situation even after spending huge money during the last decade, alleged a number of senior people.

"The Sylhet City Corporation (SCC) had spent over Tk 16 billion (1600 crore) in the last 12 years for resolving waterlogging and reclaiming the grabbed streams and canals", an official said.

The official admitted the rainwater didn't recede from many areas as the drains are blocked with wastages.

Majir Uddin, 65, of the city's Ambarkhana area alleged that grabbing of canals and streams in the city is the main reason for waterlogging.

"The authority concerned had failed to evict the illegal occupants, who had in many places constructed buildings on the streams and canals flowing through the city and suburbs", he further said.

Saidul Islam, a trader of Subidbazar, said, "The government allocated huge money through the city corporation for resolving the long-standing problem during the last 12 years. But even after moderate rains, many areas in the city go under water for hours". 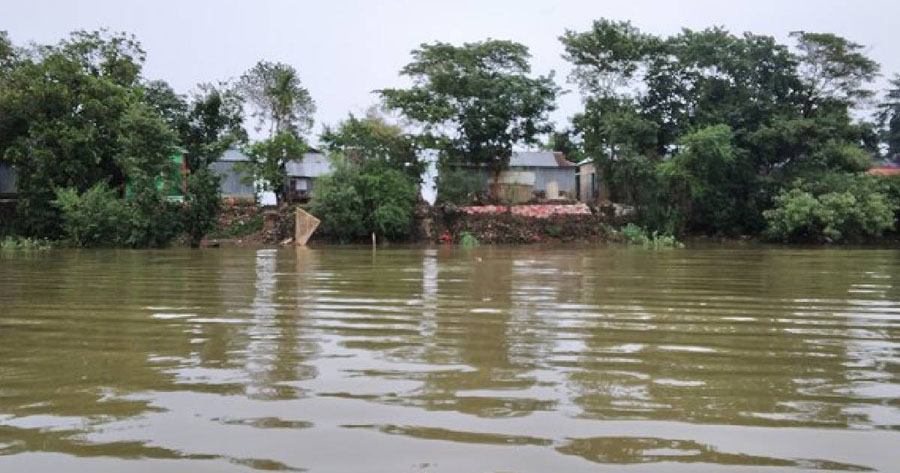 The SCC during the last two days dumped 1000 sandbags and set bamboo piling to stop sudden erosion on the Surma riverbank in the Pirpur-Tukerbazar area, one of the newly brought habitats under city map.

UNB reports from Sunamganj: Doarabazar upazila has been flooded due to onrush of hill water and showers for the last couple of days , causing immense sufferings to the residents.

A vast tract of Boro paddy field was submerged due to the flash flood.

The residents of the upazila have been passing days amid anxiety following the rise in water levels in different rivers and haors includingthe Surma, Chela, Mora, Chilai, Chalti, Kaliuri, Dhumkhali and Chagalchora.

If the situation continues then the standing crops and Robi crops will also go under water.

Debangshu Kumar Singha, Upazila Nirbahi Officer of Doarabazar, said no report of damage was reported till Saturday but the local administration is on alert to tackle any disaster.