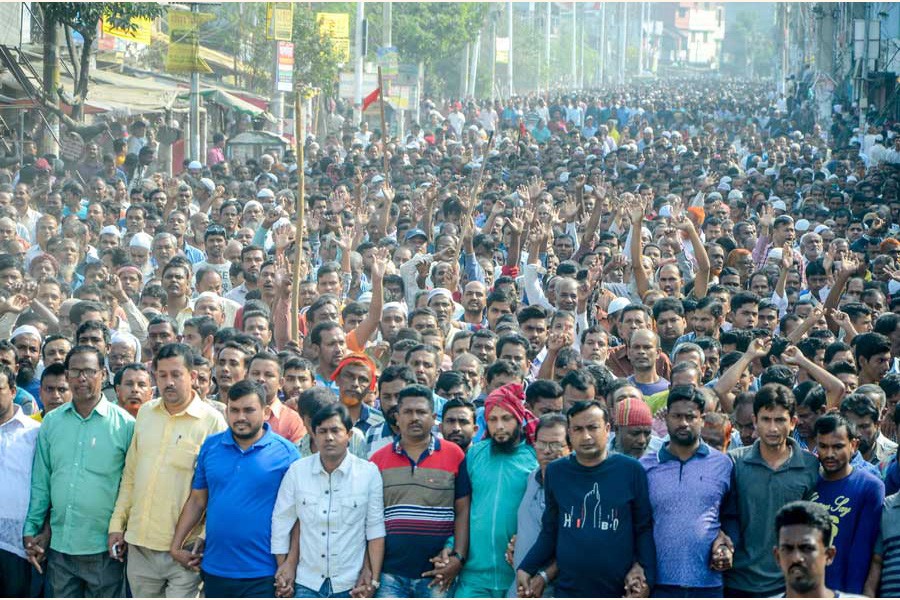 They also blocked the Khulna-Jashore highway for an hour and a half this morning and brought out a procession there.

Thousands of workers took part in the rally. They demanded the implementation of new pay commission and payment of arrears of wages.

Around 9:00am on Monday, thousands of workers brought out a procession that paraded different roads of the city.

They also put barricade at five points including Natun Rasta Intersection, BIDC Road, and BL College road, disrupting traffic movement on the Khulna-Jashore highway for one and a half hours till 11:30am.

The workers announced the movement on November 25 under the banner of the state-owned Jute CBA and non-CBA movement council.