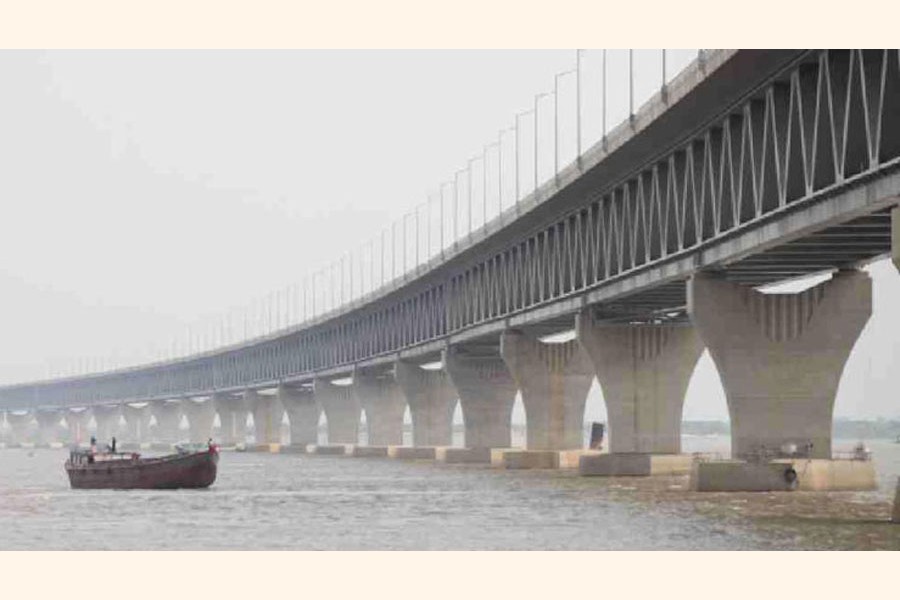 KHULNA, June 22 (UNB): The double-decker Padma Bridge is all set to change the landscape of Khulna when it will officially open on June 25.

For the people of Khulna and many other southwestern parts of Bangladesh, the 6.15km remarkable technical feat is more than escaping the crushing commute of overcrowded trains, ferries and buses -- it's a symbol of aspiration and dignity.

But is the district ready to handle the anticipated traffic pressure, particularly on some high-speed corridors like Gopalganj-Bagerhat, Khulna-Mongla, Khulna-Jashore and Khulna-Satkhira highways, when the bridge opens for traffic?

Executive engineer of the roads and highways department, Md Anisuzzaman Masud, said that they have been implementing various projects over the past two years to cater to the anticipated rise in vehicular traffic in Khulna.

"A feasibility study for constructing a bridge or a tunnel in Khulna's Jailkhana Kheyaghat is currently underway", Masud said.

"Our department is also planning to build a four-lane highway from Khulna Rail Station to the Dhaka-Khulna highway's Chandradigholia point. Once this road is built, it'll only take barely two to three hours to reach the southern district from Dhaka."

Khulna's Terkhada upazila will also be connected via road links soon. This will give a boost to industrialisation of Terkhada, thus generating employment for thousands of Khulna residents.

New road connections will cut down the distance between Khulna and the rest of the country by at least 35km, which is likely to give rise to a tourism industry in the district.

An intersection will also be built near Khulna University, which will be used by vehicles coming from Dhaka to enter Khulna and Satkhira districts, Masud said.

"The 16km road connecting Daulatdia-Faridpur-Magura-Jhenidah-Jeshore-Khulna-Mongla will be developed into a six-lane highway. Bypasses and intersections will be built around Khulna city. Two new bridges will be built over the Chunkuri and Jhomjhopiya rivers, which will create direct road connection with Dhaka," he added.

Another four-lane highway will be built so that vehicles using the bridge can get direct access to Sheikh Hasina Medical University and Bangabandhu Economic Zone situated in Khulna.

"We've already replaced five old bridges with new, concrete bridges on the Dhaka-Khulna highway to tackle the increased load that will be created by vehicles using the bridge," said Masud.