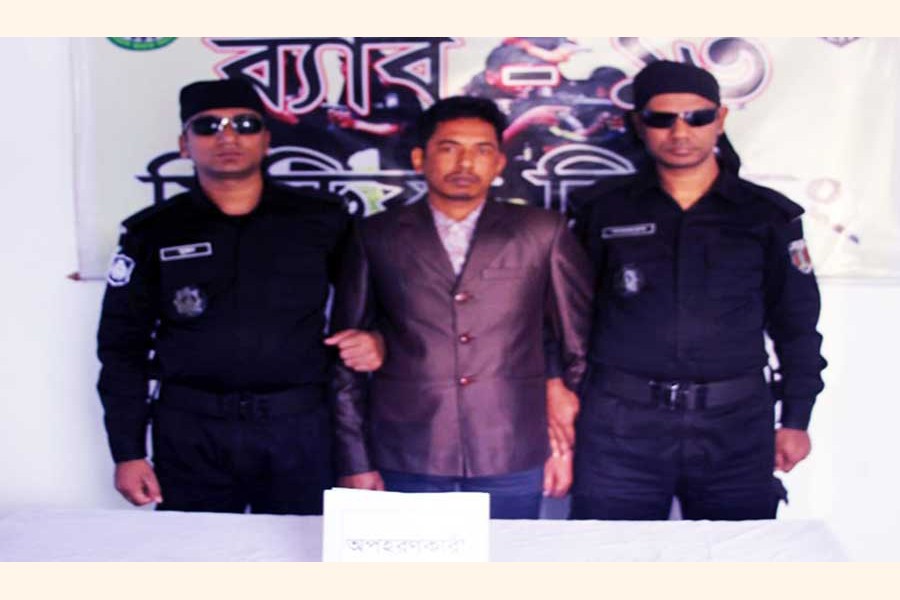 RANGPUR, Feb 13 (BSS): Rapid Action Battalion (RAB)-13 rescued a kidnapped teenage girl, 12, and arrested a member of an organised gang of abductors from village Uttar Kamarpara in Dimla upazila of Nilphamari in the early hours of Thursday.

"A special operational team of RAB-13 from its Nilphamari Camp conducted a raid in the village, rescued the girl and arrested one of the abductors at 2:15 am today," said a press release issued by Media Officer of RAB-13 Major Syed Imran Hossain.

Earlier,the abductors kidnapped the girl of Kallyanpur Main Road area under Mirpur Model Thana of Dhaka city from in front of BKSP School Gate at Zirani Bazar area under Ashulia Thana after she reached there at 10:20 am on January 23 last.

Getting secret information about the location of the victim, the elite force rescued her and arrested abductor Abu Azam alias Nahid, 35, of village Zorabari Dakshingram (Ostapara) in Domar upazila of Nilphamari district from the spot.

"However, three other abductors Abu Alam, 28, Piyarul, 40, and Ziarul, 44, of village Zorabari Dakshingram (Ostapara) in Domar upazila of Nilphamari district managed to escape from the scene," the release said.