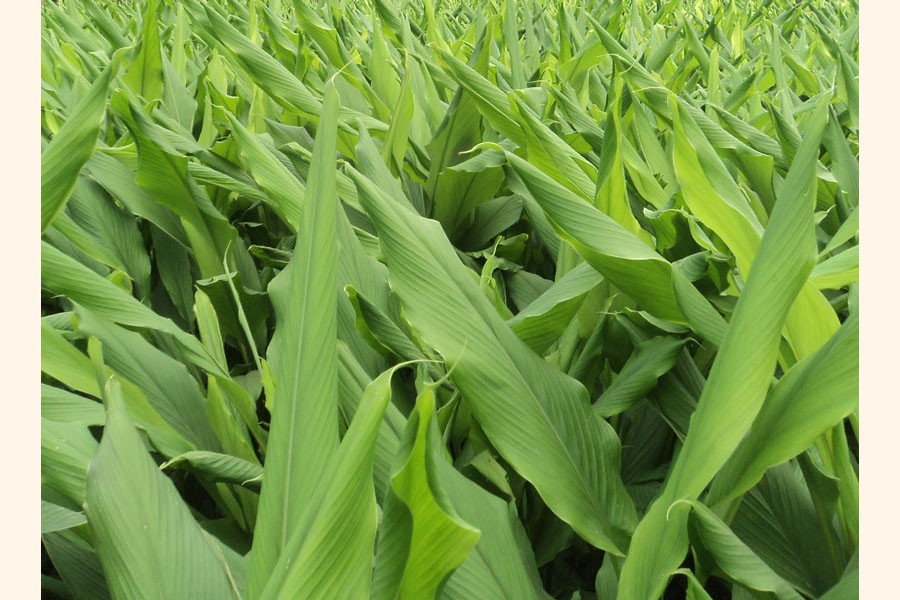 BOGURA, Nov 24: BARI Halud-1 (turmeric) farming is expanding across the district over the last few years.

Due to favourable weather condition, peasants are expecting bumper production of the spice this season. The farmers of the region have cultivated the spice last year from November to December on the high land and will harvest next month.

Generally, the harvesting process would begin after one year of its cultivation, said farmer Lokman Hossain under Shibganj upazila. He is expecting a good profit from his 23 decimals of land this year.

The growers could earn a profit of about Tk 50,000 to 60,000 from a bigha of land by growing the spice whereas they would make some Tk 15,000 to 20,000 as profit from the same land by cultivating other crops, said sub-assistant agriculture officer Faridur Rahman.

To get good yield, the farmers have shown more interest to bring their land under BARI- Halud-1 cultivation.

Dupchanchia Upazila Agriculture officer Sajedul Alom said, "To make the farming a grand success the agriculture officials are working round the clock. They provide all sorts of support to the farmers".

According to DAE office sources, a total of 685 hectares of land have been brought under turmeric cultivation this season in all twelve upazilas of the district. The spice may exceed its production target this season.

Farmer Muslim Unddin under Sherpur upazila said, "1 have cultivated turmeric on 0.30 acres of land spending Tk 12,000 and I expect Tk 25,000 to 30000 as profit from my turmeric land if the weather condition remains favourable."

Deputy Director of DAE Md Dulal Hossain said, "Soil of this region has huge fertility for turmeric farming. The authority concerned is monitoring the field level farmers to expand the turmeric cultivation round the season".