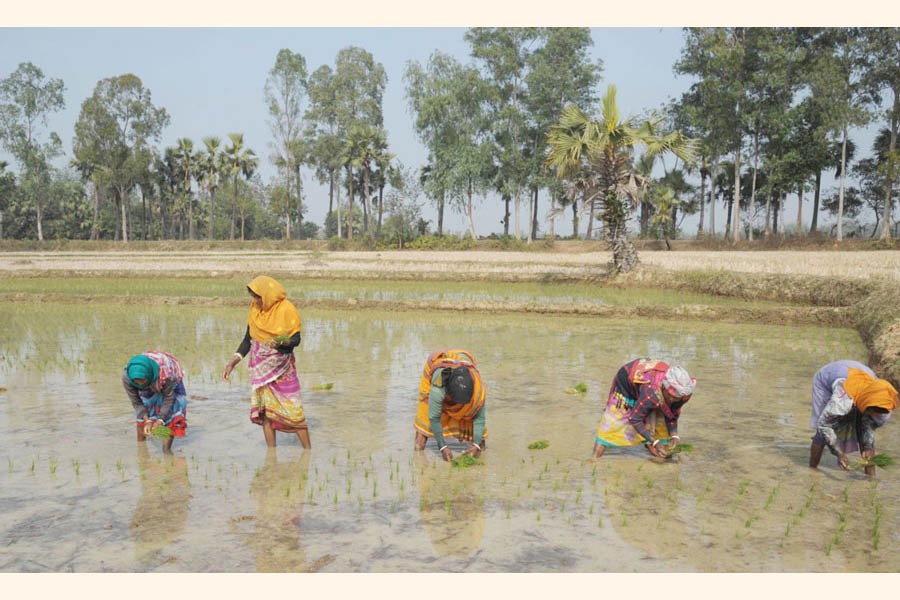 RAJSHAHI, Jan 25: Braving the cold wave, farmers in Rajshahi are busy planting Boro seedlings on their lands. However, they are worried about the cultivation as they have been experiencing prolonged load shedding at the beginning of the current season.

It is known that after harvesting Aman paddy, the preparations for planting Boro seedlings start one month before. After preparing the land, planting is now underway. However, for the last two weeks, there has been an average of three to four hours of load shedding in Rajshahi every day. But in the winter season there is relatively less electricity demand. As a result, Boro farmers are worried about such load shedding.

Farmers in the region say the Boro production would be affected if such load shedding continues for long.

According to the district agricultural office, a total of 65,000 hectres of land have been brought under Boro cultivation.

Since Boro cultivation largely depends on groundwater, farmers in the district are worried about the production due to severe load shedding.

He said that they had been experiencing prolonged load shedding in their area at the beginning of the current season and they could not prepare their lands for Boro farming.

"If load shedding happens at the beginning of the current season and even in winter, I am worried about what will happen later", he added.

Asadul Islam, a farmer of the Basudebpur area of the same upazila, said that he planted Boro seedlings in his three bighas of land after harvesting Aman.

"If the load shedding continues like this, the land will dry up and the paddy plant won't grow due to lack of irrigated water", he added.

Contacted, Abdur Rashid, chief engineer of sales and distribution department of NESCO Rajshahi region, said that the demand of electricity in Rajshahi division is about 250 to 260 MW per day.

He said that they were getting only 221 MW against their demand of 249 MW on Saturday noon.

Rajshahi Agriculture Extension Department Deputy Director Majdar Hossain said farmers are busy preparing land for Boro cultivation and almost all the lands in the area depend on deep tube-well water.