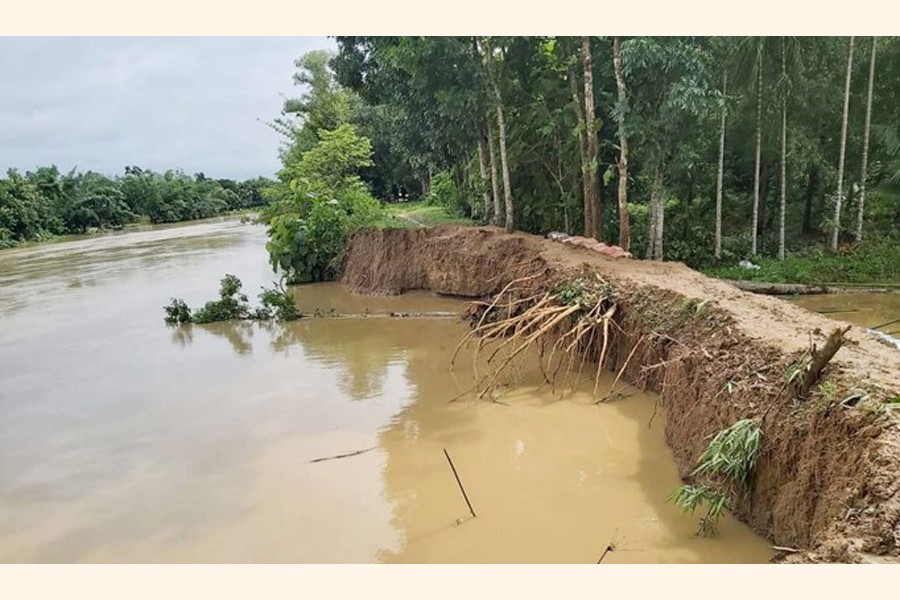 SYLHET, June, 23: A portion of the embankment along the Dholai riverbanks in Komolganj upazila of Moulvibazar has collapsed due to heavy rain and upstream water.

At least seven points of the embankment went under water.

Authority of Moulvibazar Water Development Board said they have started dumping sandbags on the embankment to protect it.

Shyamol Chandra Das, a schoolteacher of the area, said, "After the weeklong rains and gushing water from upstream Tripura hills, many places along the 120km embankment on both the banks of the river Dholai turned vulnerable and risky".

One villager alleged that the WDB used geobags with inferior quantity of sand. That's why soil collapse took place, he said.

Meanwhile, admitting the 11 severe risky points along the embankment, an official of the WDB said that measures were being taken for immediate repair of those. However, a major project for the Dholai embankment reconstruction has been awaiting approval of the higher authority, he claimed.