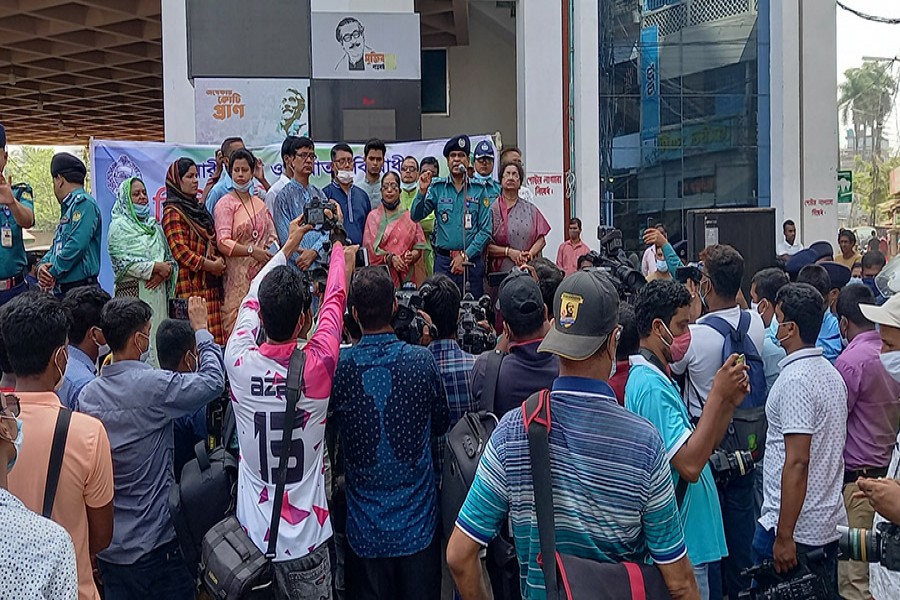 RAJSHAHI, Oct 17: Boalia Model police station under RMP organised an anti-rape and anti-women repression campaign on the Boro Masjid premises of Shaheb Bazaar of the city at 10-30 am on Saturday.

Presided over by Sajjad Hossain, Deputy Commissioner of RMP, Boalia zone, the campaign was attended, among others, by RMP Commissioner Abu Kalam Siddique as the chief guest and Additional Commissioners of RMP Sujayet Islam and Salma Begum respectively as special guests.

RMP Commissioner Abu Kalam Siddique at the meeting said he would bring the entire city areas under the coverage of CC Camera. He sought cooperation from all so that no incident of rape or women repression occurs in the city. He also vowed to turn Rajshahi to a city of peace. He requested the guardians to create senses of religious values among their children and to engage them in sports to keep them away from misdeeds so that the society becomes free from crime.

BSS add from Chapainawabganj: Chapainawabganj district police arranged a beat policing procession and a grand rally against rape and women repression on Saturday.

The procession began from the office of the Superintendent Of Police (SP) at 10-30 am and culminated at Chapainawabganj Club After parading important roads of the town.

"The Government has injected the death sentence in the relevant law to clear its stance with zero tolerance against the rapists," he said while inaugurating anti-rape rally at 29 ward councillor's in the city on Saturday.