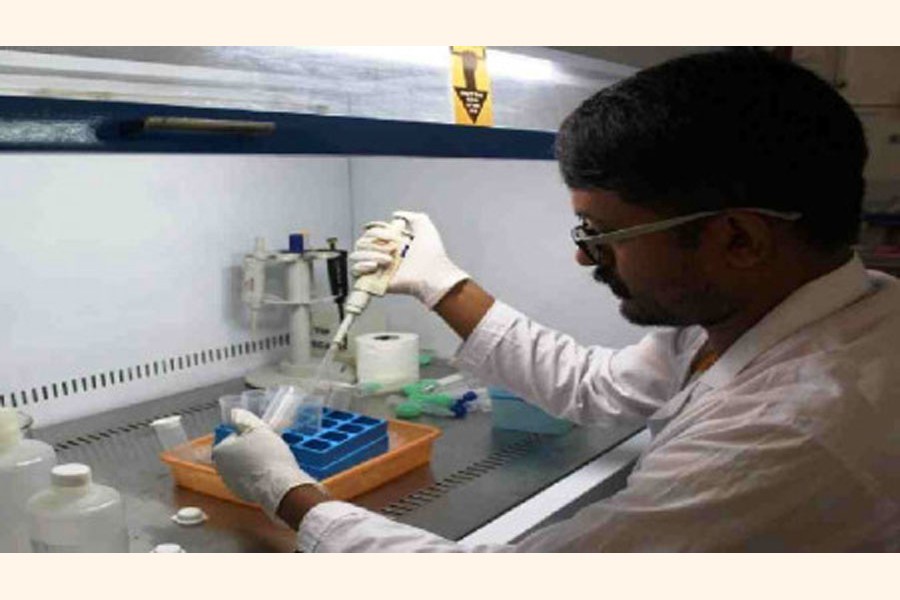 SYLHET, Oct 13 (UNB): An assistant professor of Sylhet Agriculture University (SAU) has developed an oral vaccine for fish, the first of its kind in Bangladesh, which can protect different species of fish from bacterial diseases and boost their production.

A huge number of fish die every year being infected by a bacteria named Aeromonas hydrophila that causes sores in fish , he said.

The vaccine developed by Dr Abdullah has been named as 'Biofilm'. The vaccine will be applied to the fish after mixing it with their feed.

The vaccine will be applied in different ponds in Sylhet from March and some ponds have been selected for this purpose, he said. "If we see success at the field level initiative will be taken for its commercial production."

"We don't have the capacity of producing huge vaccine but we can produce 100 millilitres of vaccine every month," he added.

A proposal has been sent to the Bangladesh Academy of Sciences for assisting the research work, he said.

District fisheries official Abul Kalam Azad said, "Fish usually gets infected with bacterial diseases and many fish die every year. In many countries fish vaccine is used for protecting fish from diseases . In Bangladesh, we usually use lime and salt."

According to Fisheries Faculty of SAU, 28 types of vaccines are used for fish in different countries including Japan, US, Canada, Norway, Finland, Chile and it is the first time in Bangladesh that an initiative has been taken to invent vaccine for fish.

Vice Chancellor of the university Matier Rahman Hawladar, said around 4 million tonnes of fish are produced in Bangladesh and it holds the 5th position in fish production in the world.

"The university authorities have also allocated Tk 2.5 million for the research purpose and some modern equipment related to the research have been procured with the money," he said.

The vaccine will help boost fish production and meet the growing demand of protein, he hoped.