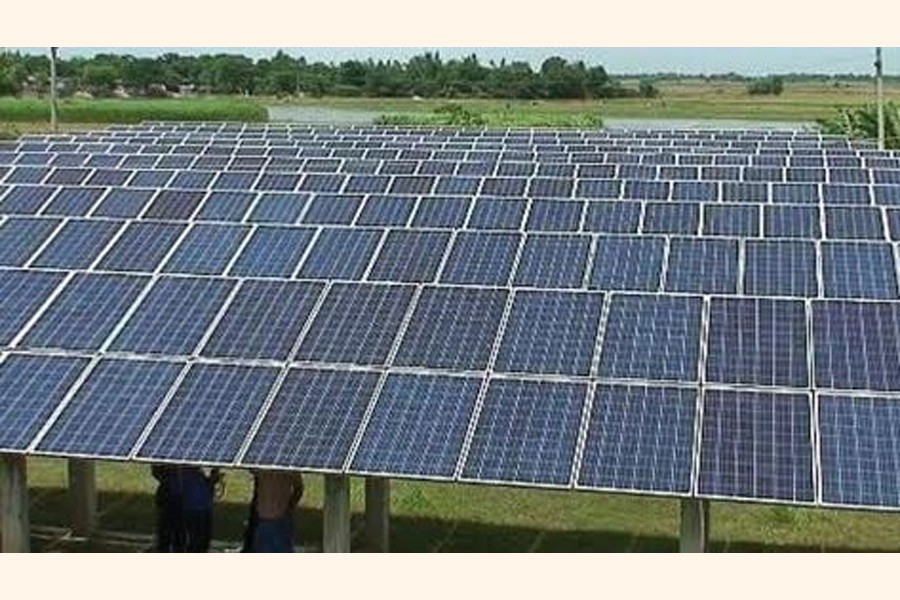 RAJSHAHI, Sept 22 (BSS): Many people, particularly the marginalised and other low-income ones, are getting benefits from the solar charging systems installed commercially aimed at lessening the gradually mounting pressure on electricity.

Launched as a model, the project has been meeting up the power deficit for the last couple of years.

Auto-rickshaws are being given charges at a cost-effective rate through the solar charging system creating hope among the auto-rickshaw drivers and owners in the Damkura area under Paba upazila in the district.

Apart from charging auto-rickshaws, the solar system has also operated an auto-rice mill that has also created a positive impact among the people in the Chabbishnagar area under Godagari upazila.

The solar power charging stations were installed with the technical and financial support from Rajshahi Palli Bidyut Samity (RPBS).

At Damkura, 66 solar panels with 320 watts pick capacity were installed on 2000 square-feet rooftop space of a multi-storied dwelling house, generating 70 to 90 kilowatts of power everyday on an average. RPBS installed the system at a cost of Tk 4.85 millions.

Shafiqul Islam, owner of the house, told the news agency that he has earned Tk 35,000 after charging auto rickshaw during the last eight months expecting that the monthly earning will increase in future.

The house-owner gets fifty-per cent of the profit share as per contract signed between the two sides.

He will be capable of charging 15 auto-rickshaws everyday in the days to come instead of the present five to six ones. Apart from this, power can also be supplied to households and business establishments on a limited scale from the generated power system.

As an eco-friendly and cost-effective venture in the area, the charging station will play a vital role in charging the rickshaw batteries instead of using any grid power.

Meanwhile, 37 panels with a capacity of 320 watts have been installed on 1000 square-feet area in an automatic rice mill in the Chabbishnagar area at a cost of Tk 0.55 million, generating power from 40 to 45 kilowatts every day.

On the other hand, solar power has brought a social change to many hard-to-reach villages under Godagari and Paba upazilas in the district.