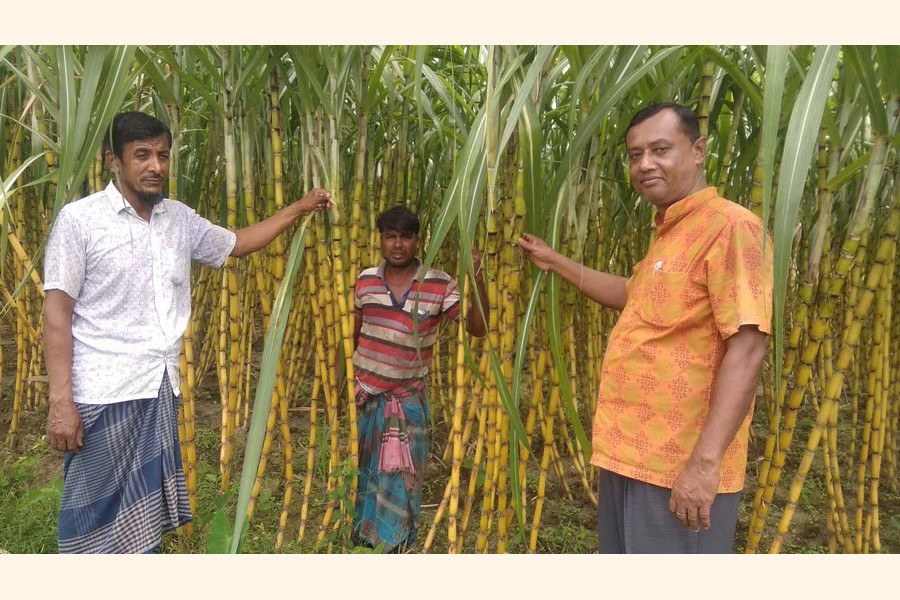 MAGURA, Sept 11: Yellow sugarcane cultivation is turning wheel of fortune wheel for the farmers at Ghasiara village under Sreepur upazila in the district.

More than 100 farmers in the area are growing the sugarcane variety.

According to the DAE, about 80 bighas of land in the village have been brought under yellow sugarcane farming.

The farmers expect a profit of Tk, 10 million from the produce this season.

Grower Milon Hossein said, "I have brought about two bighas of land under yellow sugarcane cultivation. I am expecting around Tk 0.2 million profit from the item this season."

Another farmer Shafiqul Islam said about 6,000 yellow sugarcanes can be grown on one bigha of land. "At present we sell one hundred piece of sugarcane at Tk 2,000 to Tk 2,500. So, around Tk 0.15 million can be earned from the sale of 6,000 pieces of sugarcane", he added.

He said traders usually collect the item directly from the field.

DAE official Haridash Roy said yellow sugarcane cultivation is profitable. The variety is more delicious than the local ones.

"It is less vulnerable to "Mazra" insect and red rot disease", he further said.