Many confuse between access to and availability of food. Amartya Sen, the Nobel Laureate, was the first to point out the mismatch in a number of his essays on food entitlement. That famine could occur even when food is plenty is also revealed in his essays with a particular reference to Bangladesh famine-1974. 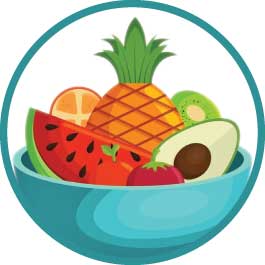 The extreme form of food deprivation is generally termed a famine. We can recall and reiterate that Ireland was caught by such a ferocious famine about 175 years back (1840s). It was called 'potato famine'. The Irish population is reported to be substantially smaller even today than it was in 1845 when the famine first struck. In fact, the shadow of famine once used to haunt even Bangladesh, India and China. Fortunately, however, the frequency of famine has faded gradually. The reasons for denying Malthusian doomsday are not far to seek: the advent of modern technology in agriculture, expansion of communication networks, falling population growth rate and various income generating activities carried out by governments and private sectors.

It is said that more harvests mean less hunger; increased supply of food is an answer to famine. In the context of food availability and famine, Nobel Laureate Amartya Sen draws on George Bernard Shaw's Man and Superman – paraphrased next - to drive home the point that sometimes abundance of food may go with hunger. Mr Malone, a rich Irish American, refuses to describe the Irish famine of the 1840s as "famine." He tells his English daughter-in-law, Violet that his father "died of starvation in the black 47." When Violet asks, "The famine?" Malone replies" "No, the starvation. When a country is full of food and exporting it, there can be no famine." One could presume that the simple minded Maloney might have missed the remarks from Shakespeare's "Hamlet": there are more things on heaven and earth which Horishio you don't know. Maloney wasn't aware of many things that went wrong at that time. In many countries of the world, the primary cause of famine is not shortage of food availability but lower purchasing power of the peoples. The moot question is what ensures entitlements?

Thus, food security should not be seen from the angle of the mechanical balance of only food and population. The most important dimension is the command that a person has over certain required bundle of food - be it from own production (e.g., farmer), or buying from the market (e.g., labour and service holders). It must be remembered that, even with augmented supply in the market, people might go without food if they are unable to purchase food or face a reduced capacity to buy food from the market. There may be many reasons behind such incapacity at work: lack of income or opportunities to sell products in the market. On the other hand, a shortage of food availability in the domestic market may not always fuel famine if there are opportunities for imports or shared distribution. So entitlement matters the most is what Irish insights tend to tell us: "In this sense it can be reasonably claimed that the Irish did not simply die for lack of food, but because they largely lacked the funds to purchase food which was present in abundance in the Kingdom as a whole, but which was not sufficiently available to them."

The entitlement of a household depends on a volley of factors. First, it hinges on the command of the household on assets that have market value or can be exchanged in the market to purchase food (endowments). The bundle of assets could be diverse but the most important asset of human society is the labour force or labour power that generates income to buy food. This way, labour, land and other assets enable households to raise their respective entitlements. Second, the degree of access to food by a household depends on production possibility and its utilisation. More land doesn't necessarily mean more food unless backed by appropriate technologies, knowledge and efficiency that expand the production frontier to increase food supply for food security. Finally, the access to food also depends on exchange conditions such as the price at which exchange of goods and services takes place or it depends on the rate at which wage rate rises against food items.

It may be mentioned here that during any economic crisis, one group of people could be hit harder than others. For example, during 1943 Bengal famine the exchange rates between food and non-food items changed radically overnight, and especially, other than wage-food price ratio, the relative price of fish and food swung sharply in favour of fish. At that time Bengali fishermen faced most hardship. Of course fish is also a kind of food but high-quality food that had to be exchanged in the market to buy cheaper low calorie food (rice) for their survival. "The equilibrium of survival is sustained by this exchange, and a sudden fall in the relative price of fish vis-à-vis rice can devastate this equilibrium." Likewise crisis of the barber class could be compounded for two reasons: (a) decline in the demand for following a postponement of hair cut by the distress people, and (b) a sharp fall in the price of haircut. This class lagged behind in terms of the relative price of the service when, in 1943, in some districts the exchange rate of haircut and food fell by 70-80 per cent.

In today's Bangladesh, we have achieved remarkable progress in food availability but not equally in terms of access, especially to those rich in micro nutrients or healthy foods. The access to those foods are barred, among others, by the high prices of these items, lack of knowledge and government support. Unless both availability and access of these healthy foods are ensured, we may continue to be subjected to silent famine - indicated by massive malnutrition and low productivity.

Abdul Bayes is a former professor of Economics at Jahangirnaagr University and currently an Adjunct Faculty, East West University.