It is well over decades global value chain (GVC) has earned the distinctive attribute of being the most influential factor in mapping pathways for countries -- rich or poor alike -- to not only grow but more than anything, survive in the thickly connected globalised world. Although the outreach of GVC is visible more in businesses, its inter-connectedness over the years has become pronounced in most, if not every, sphere of human activities. In fact, given the multilateral framework of global trade and commerce as enunciated by the World Trade Organisation (WTO), it became increasingly imperative for countries to get their businesses and manufacturing integrated into the global chain. 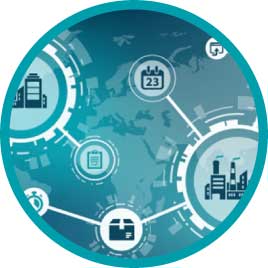 Coronavirus has shattered this chain. It is clear that the Covid-19 outbreak is disrupting manufacturing and global value chains, with serious consequences for businesses, consumers and the global economy.

In the past, there were disruptions caused by crises such as the 2003 outbreak of SARS or the 2011 Fukushima nuclear disaster, but for many analysts, comparing the fallout of Covid-19 with these makes no sense because the relative importance of China in the worldwide economic ecosystem has increased tremendously over the years: China has more than doubled its share of trade with the rest of the world between the SARS epidemic and today, and many more industries are now heavily dependent on China. The SARS epidemic started in the Guangdong province in 2002 and led to 8,000 cases in 2003. During that year, the GDP of China represented 4.31 per cent of the world GDP. By contrast, the number of detected cases of Covid-19 has already passed 80,000 and China represents about 16 per cent of the world GDP, an almost four-fold increase.

In addition, today's value chains are more global and more complex than they were in 2003 or 2011. According to "Business Impact of the Coronavirus," a Dun & Bradstreet report published earlier this month, 938 of the Fortune 1,000 companies have a tier 1 or tier 2 supplier that has been affected by the virus.

Reports on how the Covid-19 outbreak is affecting supply chains and disrupting manufacturing operations around the world are increasing daily. But the worst, many fear, is yet to come. The most vulnerable companies are those that rely heavily or solely on factories in China for parts and materials. The activity of Chinese manufacturing plants has fallen in the past month and is expected to remain depressed for months.

Estimating these costs, however, is extremely difficult: Even if epidemiologists could predict how the virus will evolve and expand, the complex and networked nature of global supply chains makes it all but impossible to precisely unravel how and where economic activity will be impacted.

Decades of deep economic integration have restructured international trade and investment. In modern global value chains, production processes are often spread across dozens of firms operating in multiple countries. The average automobile, for instance, contains about 30,000 parts, and one recent analysis found Toyota relied on 2,192 distinct firms (both direct and indirect suppliers) in its production process.

These global value chains have improved economic efficiency, but also introduced new, and unpredictable vulnerabilities: when any link in the chain breaks, upstream and downstream suppliers and consumers are impacted too. Today many global supply chain networks are becoming so complicated that they are best thought of as complex systems-systems where the cross-cutting relationships between individual units are so dense and convoluted that it is impossible to understand how the system as a whole is going to react. Analysts say, complex systems tend to exhibit nonlinearity, chain reactions, and feedback loops, which make it difficult to predict how changes to any given unit will impact the broader system.

Analysts also say that production shutdown is going to reveal previously unknown choke points in global economic networks. As political scientists Henry Farrell and Abraham Newman have recently argued, globalisation has not produced 'a flat, decentralised world economy, but rather a hierarchical, imbalanced network, with critical hubs exerting outsized influence. These hubs can become the choke points of globalisation-vital junctures that, when closed off, can severely disrupt economic activity.' That is to say that coronavirus has exposed hidden and almost incurable vulnerabilities of the existing GVC practices.

Is this what is going to cost extremely dearly countries like Bangladesh which being essentially linked to GVC for manufacturing for exports and in turn for remittances to maintain national budgets are facing this hierarchical, unbalanced GVC network?

As for Bangladesh, it is not the readymade garment industry alone that is already hard-hit by supply chain disruptions, other key industrial sectors like pharmaceuticals, leather, ceramics etc., which are reliant on import of a host of ingredients can hardly be expected to be spared from disruptions. Suggesting ways and means will no doubt vary for countries, and seeking out suggestion so soon is also not the right thing to do. But remodelling GVC practices will indeed be a crucial task ahead.