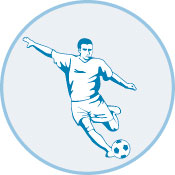 A sumptuous feast of entertainment, thrill, suspense, excitement, upsets, burst of joy or a frustrating breakdown is what this World Cup Football 22 is proving to be. But can it be a panacea for the woes and sufferings of the millions around the world on account of the aftershock of the Covid-19 pandemic made severer by the Russo-Ukrainian war? What about the Ukrainian refugees who were supposed to be in the cosy comfort of their homes to watch the World Cup (WC) matches on television? Their life in their camps like refugees elsewhere in the winter months will turn out to be extremely miserable and many of the old and children may not even survive the harsh weather and conditions in camps.

Undeniably, Bangladesh is one country that has made news for the remarkable passion and excitement of the game's followers not only in local but also in foreign media. But on the other side of the coin, there are people who could not care less for the craziness exhibited by some of the football fans because their struggle for managing two square meals is too intense to allow them any distraction. Then a large number of people cannot afford a television set at home, although they may have enthusiasm for games and sports.

At the inauguration ceremony in Al Bayt stadium, veteran American actor Morgan Freeman during his conversation with Ghanim Al Muftah, a politics student at Loughborough University who was born without the lower half of his body, gave the message, "We gather here as one big tribe and the Earth is the tent we live in". This is a clear reference to the Bedouin tradition that Arabian people are heir to. But the emotions, the actor emphasised, that connect all have brought the world together courtesy of football. At issue here is inclusiveness which is symbolically represented by the 85-year-old tall Freeman and the 20-year-old legless You Tuber Ghanim.

This was the unifying message that was delivered there. But against this, many of the European and Western teams have complained that the death of 6,750 workers from South Asia alone since the Qatar received the right to host the WC---37 of which are directly related to construction work at the sites --- runs counter to the spirit of inclusiveness and protection of the workers' rights. Quite a number of the teams have announced their solidarity with workers and even gave tickets and jerseys to them.

While this is a nice gesture, the acts are too little to compensate for the loss of lives and the discriminations that the poorer segments the world over, particularly in the less developed countries suffer from. Geo-politics was and still is nasty enough to bring the world together and share at least the minimum wealth to root out abject poverty and misery of the vulnerable and the marginal people.

The Ukrainian crisis which has proved to be the 'mother of all evils' in the post-pandemic period was surely avoidable if world leaders could bring into play political acumen and sanity. As if to get the perspective right, Gianni Infantino, the Federation of Internationale de Football Association (FIFA) president, in the press conference before the inauguration slammed the Western critics in extraordinarily explosive languages, accusing them of hypocrisy and racism. He went on to say, "What we Europeans have been doing for the last 3,000 years, we should be apologising for the next 3,000 years before starting to give moral lessons". The off-the field bickering is unlikely to end with the curtain drawn on the WC.

So, here is a WC football that has begun amid controversies. The on-field performances by fancied teams and outsiders have already sprung matching surprises and shocks. The greatest surprise comes from the Saudi Arabia and Argentia match in which the seven-time Ballon d'Or holder Messi's team, viewed as favourite to win the title, lost 1-2 to a team from the Middle East for the first time. The next big shock is the Japan's 2-1 triumph over Germany, another highly rated team. These were the champions and runners-up in 2014 Brazil World Cup.

Some of the other fancied teams also failed to rise up to their billing but England, France and Spain have demonstrated their power and skills as are expected of them. Football experts and robotic machine reading may be on the side of erring in their predictions about the team that will take the honour this year. But one thing is certain that the game will mesmerise its avid followers and give an occasion for many not equally die-hard and amateurish fans to momentarily forget their mundane affairs and ills. Notwithstanding the enormous and discriminatory economic considerations that drive the powerhouses of football, the game's low-keyed versions with weak sponsorships in Africa and lately Asia have opened avenues and opportunities for the backward communities. The Women's team in Bangladesh can be a shining example of this.

At the end of the day, football stays to be a pole star, a focal point for some young mortals to chart a course to immortality. Pele, Maradona and Messi's rise from a humble beginning to eternal fame is a testament to the fact. No game human civilisation has ever invented can match football in appeal, thrill, suspense, excitement and popularity. Football at its best is showcased on the stage of the quadrennial World Cup where all roads lead to the host nation's stadiums at least to leave behind differences during the proceeding. Its economy is huge and its charm is even greater.