Taking research to the global height 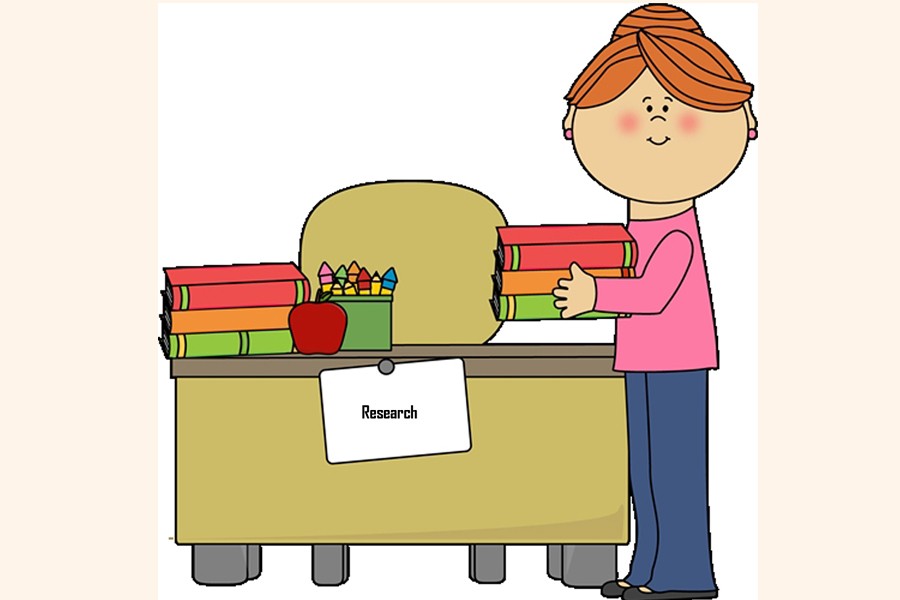 Bangladesh, like a number of South Asian countries, is one that has its rich cultural history, one that has been influenced by its natural setting. It witnessed the rise and fall of empires, with the Mughal and British Empires each leaving an indelible mark on this remarkably fertile land. Both Hinduism and Islam have shaped outlooks and cultural norms, with the country strongly influenced by the tastes and habits of its Indian neighbours. At the same time it is eager to forge a distinctive identity of its own. With the extraordinary rise of Islam during the Mughal period came the flowering of language, literature, poetry and music, something that Bengalis cherish and are rightly proud of.

Bangladesh's economy is on an upward trajectory. According to the World Bank (WB) ranking, the South Asian country graduated to the lower middle-income status in July 2015. According to the International Monetary Fund (IMF), the economy was the second fastest growing major one of 2016. Furthermore, the Asian Development Bank (ADB) has reported that Bangladesh's economy grew by 7.1 per cent in 2016, the fastest in 30 years. The government is working relentlessly to attain the upper middle-income status by 2021 and developed nation status by 2041. According to PricewaterhouseCoopers (PwC), Bangladesh is projected to be the 28th largest economy by 2030, up from 46th in 2016. Bangladesh has the potential to become the world's 23rd largest economy by 2050, overtaking countries such as the Netherlands, Australia, Spain, Thailand and Malaysia, it states. Goldman Sachs in 2013 placed Bangladesh in the 'Next Eleven' emerging country grouping having the high potential of becoming the world's largest economies in the 21st century along with the BRICS. Moody's rating also states that Bangladesh's growth prospect is 'robust.' All show the prospect the country has with a population of 162 million (2016) and rising economic growth. Continued population growth will challenge the country considerably, especially in respect of job creation. Already the country has a population the size of France, Germany and the Netherlands combined and thus sustaining economic growth will be a major challenge.

To attain various targets it is imperative that Bangladesh acts now, especially if it wants to make the most of the demographic dividend. According to the United Nations Population Fund (UNPF), demographic dividend means 'the economic growth potential that can result from shifts in a population's age structure, mainly when the share of the working-age population (15 to 64) is larger than the non-working-age share of the population (14 and younger, and 65 and older).'

Bangladesh's opportunity to grasp the benefits of demographic dividend, however, will not last long as there would be a significant acceleration in growth of the number of non-working age population, meaning the elderly people (60+ years of age), after 10-15 years, according to a 2015 study on the Impact of the Demographic Transition on Socioeconomic Development in Bangladesh: Future prospects and Implications for Public Policy funded by the European Union. In order to utilise the potential of the working population it will be important to conduct rigorous research and surveys and publish them in reputed journals, especially international journals. Accurate data, data analysis and foresight planning will be required, if Bangladesh is to be best placed to deal with opportunities and challenges.

Unfortunately, Bangladesh does not have an independent research council, something that is essential to help university academics and researchers conduct practical and need-based research. Fine-tuning the practical field-oriented research activities and publishing the findings in global scholarly journals are still a distant dream. In this age of open access publishing, it is a challenging endeavour to publish papers in reputed scholarly journals.

Currently, the expectation of publishing scientific and technical papers has increased significantly both in academic and professional communities. It is usually expected by respective institutions that a member of the academic staff will publish the results of his research work in any reputed journal.

Authors often find themselves facing a daunting task to improve the chances of publishing their research works in reputed management and social science journals. Many papers are rejected by the reputed journals due to the lacking in structure, methodological clarity, quality results, analysis, articulation in writing etc. Often the English used is execrable and many of the references cited are deemed out of date and lack in credibility.

Most institutions do not offer any formal training or specialist workshops on how to write effective papers and how to publish them internationally. The absence of any formal training on 'How to write a perfect research paper and the mechanism to publish it in reputed scholarly global journal' is frustrating young researchers as they are not finding ways to compose their papers effectively so that those are accepted for publication in reputed journals.

Recently this scribe was invited to conduct a series of workshops aimed at helping Bangladeshi academics better understand the world of scholarly publishing. It was Daffodil International University that held the workshop on their campus. The Academy of Business & Retail Management is a research and scholarly publishing organisation based in London with the aim of inspiring, recognising and supporting excellence in business and retail management. The workshop on "Getting published in Indexed Academic & Scientific Journals: How to do it"? was attended by over 50 senior academics from 13 public and private universities in Bangladesh. Vice chancellor of the University as well as senior professors and teachers attended the workshop with great enthusiasm. They have stressed that it is more important now than ever that research from Bangladeshi academics reach the international audience. True scholarly endeavour always rises about ideology and international politics. Bangladesh has much to share with and teach the world, they note.

The second workshop was held at the Institute of Business Administration, University of Dhaka, on November 21 last. This was attended by the academics from IBA and generated a positive and purposeful discussion. Whilst these events were useful, merely arranging a workshop on fine-tuning the research works and arrangement to publish those in global scholarly journals would not address the sector-wide problems. There needs to be action taken by the government of Bangladesh to ensure that quality research output across the higher education sector is both an expectation and is closely monitored. Institutions should be required to demonstrate that they have research frameworks in place that in turn are producing research that meets international standards. It is also important that higher education institutions forge meaningful links with businesses to ensure the sharing of good practices. Commercial enterprises can benefit greatly from the latest academic research. It is thus imperative that formal links are forged and a positive rapport developed, one that is mutually beneficial. A key part in this will be effective and practical field-oriented research work that forms the basis of scholarly paper that in turn is submitted to international journals. If this is done in a focussed and methodical manner, the country's standing will benefit and perception will change, something that has to be good for the entire country.