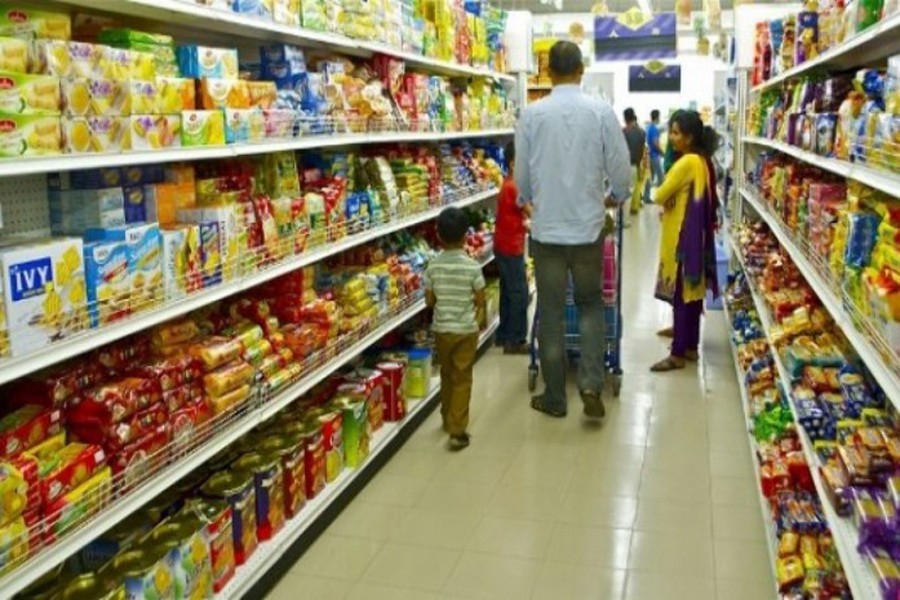 Over the past decade, the story of the Bangladesh retail industry has been nothing less than a revolution shaped and developed by high quality service provisions, world class design and sizeable local and international investment. Bangladesh is one of the fastest growing economies in the world with average growth rate of over 6.2 per cent for the past decade, it is the 46th largest economy in 2016 (WB) in terms of GDP and 33rd largest economy in terms of PPP, with over 226bn dollar GDP and with only less than a 4.1 per cent unemployment rate in 2016 making this country very promising for both domestic and international markets, although according to ease of doing business index we are ranked 174th out of 189 countries. To overcome this may be a great challenge for all of us in relation to attracting FDI (Foreign Direct Investment) but with adequate government attention this can be improved over time.

Bangladesh presents a great opportunity in its domestic market and global market too as a promised land. Over the past 13-14 years it has been witnessing a retail revolution and fast changing retail landscape. The organised retail industry is gradually inching its way forward to be the next most booming sector in Bangladesh like readymade garments; only if appropriate concerted strategies can be taken. The industry itself has expanded its growth over the past several years and organised retailing is undergoing a metamorphosis and expected to scale up over the next decade. Bangladesh has an un-doubtable depth of poverty, but has been one of the 'Next-Eleven tier' of developing economies keeping industrial development as priority. Modern 'superstores' are the next developing industry in the industrialisation of Bangladeshi cities. Although Bangladesh consists of agriculture being its main source of income for citizens, superstores are a new source of income, and profit for the working-class, business owners and the state, pushing the development of the state further added.

The traditional retail environment in Bangladesh has been one in which people have been served by local traders and markets, where there is an ample scope to scrutinise seasonal fruit and vegetables as well as purchase foodstuffs commensurate with any budget. Most food has been grown and packaged locally, with some being imported from neighbouring countries such as India, to supplement the local stock. Society has become more connected and fallen under the influence of concerted and often sophisticated advertising campaigns. A gradual shift has taken place in recent decades, which in some quarters at least has added an aspirational aspect to shopping. Whilst most citizens are never able to leave the country, they are increasingly familiar with the goods and offerings from elsewhere. The media in the form of television, print, radio and social media for the younger generations at least has become a powerful tool for accessing potential customers as well as consolidating and developing a brand or raising awareness. In addition, the extensive Bangladeshi diaspora has played its part in offering new experiences, which have proved especially attractive to the burgeoning middle class.

Whilst daily grocery shopping remains very much the same as it has done for years, organised retail (present superstore format of retailing) is undergoing a period of near unprecedented expansion, something that is driving further demand, as well as creating opportunities for further enterprise. Retail stores in Bangladesh, irrespective of product line and price, have begun to appear in diverse shapes and sizes, with convenience stores, discount stores, department stores and superstores a recent phenomenon. Changing tastes and expectations have seen retail shopping move into the realms of being an experience, one where the shopper or visitor enjoys clean air-conditioned and secure surroundings, Some Middle-Class Bangladeshis, who are used to living in gated communities, prefer the new shopping experience at these superstores as they feel more familiar with the shopping style than they would be visiting overcrowded, open 'wet' markets for their everyday grocery shopping. Customers soon notice what they are encountering is something that is of an international standard and thus something that elicits a positive response, pride and a desire to spend time in the congenial surroundings.

However, the retailing sector in Bangladesh is undeveloped, structurally weak and fragmented, compared to its South Asian counterparts. For example, Indian retail industry is the 5th largest in the world, contributing over 30 per cent to the GDP and second largest employer in the country (30 million people) and has been ranked 15th attractive nation for retail investment by the Global Retail Development Index 2015. On the other hand, the rate of growth of retailing in Bangladesh over recent years was 7.0 per cent based on the Gain report 2013. The sector is one of the biggest contributors of national employment that is at 12 per cent and made a 14.3 per cent contribution to the national GDP during 2011-2012 together with wholesaling.

We must remember that in Bangladesh perspective the concept is new and has started emerging since early 2000 and during this course of time it managed to attract many investors, creating positive perceptions and drawing greater government attention. Various data sources indicate that the organised retail sector is only over 1.0 per cent of the total retail sector and, according to Bangladesh Superstores Owners' Association (BSOA), the total market turnover was Tk 15 billion in 2013 with 15 per cent annual sales growth. Around 30 companies with over 200 outlets are operating mainly in the capital city. According to the same source, the total retail market worth is Tk 747.50 billion and predicted to reach Tk 3028 billion by 2021 at an anticipated annual growth rate of 30 per cent. The dramatic changes in sales growth are attributed to rapid changes in urban expanded middle and upper-class consumers' purchasing behaviour. The Euromonitor (2014) identified Bangladesh as one of the 20th most promising future markets that will bring great opportunities for consumer goods companies worldwide. The growth of urbanisation and peri-urbanisation, coupled with the changes in demographic factors, increased employment and income level, along with an increased educated young population with profound influence on consumer shopping behaviour.

In Bangladesh only 20 per cent of high income and social cluster accounts for over 45 per cent consumption and over 15 million people reside only in the capital city, and over 20 per cent of the population which account for 35 million are part of expanded middle class which is more than the combined population of Finland, Ireland, Denmark, Sweden and Norway. Hence, its future potential is considerable.

Irrespective of its potential the sector has many challenges. These must be addressed adequately and need concerted strategies. Some of these challenges are: Limited market intelligence, supply chain management system is still poorly established, shortages of skilled labour force including management, lack of available suitable retail space, very narrow urban customer base focusing on major 1-2 cities, high taxation, inadequate power supply, access to finance due to corruption, high cost of capital and finally there is no official machinery which regularly releases retail statistics. A few private sources which give information on various aspects of retailing cannot be vouched as the most credible and authentic source.

Bangladesh as a country has developed to a great extent with the creation of superstores, which give civilians the insight into the convenience of industrialisation, bringing fresh insights and a new source of income to boost the growth of its current economy. In the coming years, Bangladesh should not be undermined as economists see it as having a paramount amount of potential for foreign-investment-led growth. Not only will supermarkets create a bigger, better economy, visual civilians will be able to capitalise and grow on this idea with business opportunities, competition and a constant growth toward complete quality and control. Therefore, it is the time for the sector, retail owners, The government, regulatory bodies and other interested stakeholders to become more proactive and develop a concerted strategy to address various challenges and make this sector another booming area in the future which will bring investment, world class services, knowledge, technology and pride.