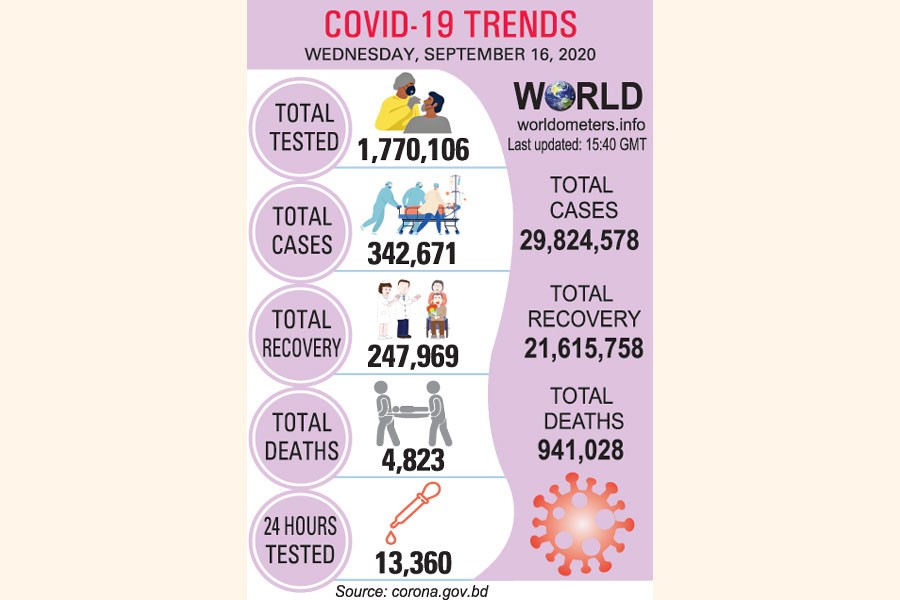 As per the death count, this is the lowest number of deaths in a day in the last one and half months. Earlier, 21 people died of the virus on August 1.

Among the deceased, 16 were male and five were female patients.

Though the number of daily cases decreased in the last 24 hours, the death rate increased in recent weeks to 1.41 per cent.

Of the deceased, 16 were men and five were women. Ten of them hailed from Dhaka, five from Chattogram, four from Khulna, and one each from Rajshahi and Sylhet.

Twenty of them died in different hospitals, and one at home.

Meanwhile, a statement of the Bangladesh Medical Association (BMA) noted that the number of doctors, who died of coronavirus infection, stood at 87 so far until Wednesday.