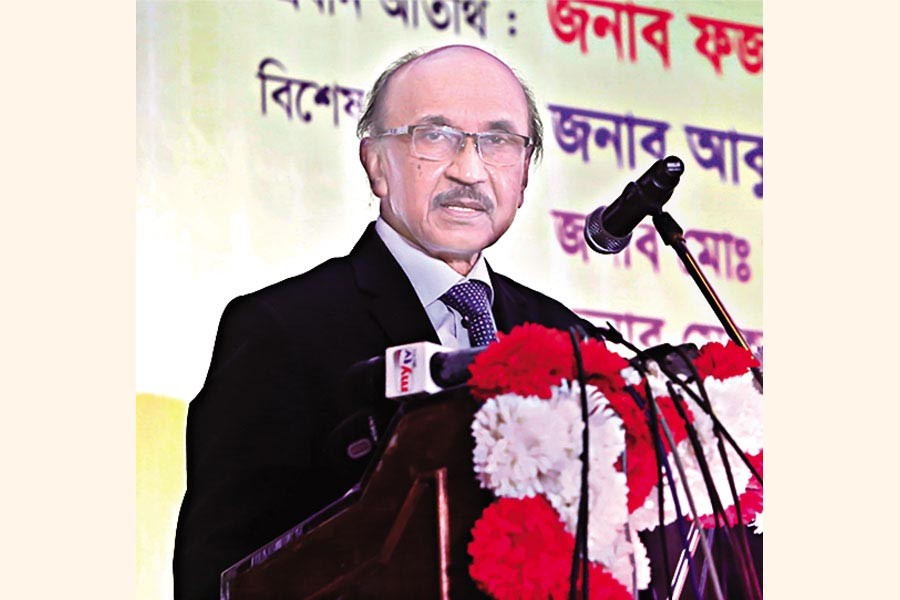 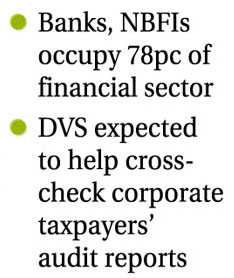 Bangladesh Bank (BB) governor Fazle Kabir on Tuesday termed the state of governance in the financial sector lax and underscored its improvement for the sake of sound economic health of the country.

He felt that the tax-revenue collection from the financial sector could be increased by improving governance.

Speaking at a function, attended by leading taxpayers and high tax officials, in Dhaka, he said the banks and financial institutions occupy 78 per cent of the financial sector, and it is they who could contribute to raising the country's tax-GDP ratio.

The governor was speaking at an award-giving ceremony where some large corporate taxpayers were awarded for their fair tax records.

The Large Taxpayers Unit (LTU) under income-tax wing of the National Board of Revenue (NBR) hosted the ceremony to honour the top taxpayers for their contribution to the public exchequer in Fiscal Year (FY) 2020-21.

The NBR chairman, Abu Hena Md Rahmatul Muneem, told the audience at the function that transparency in book of accounts of the corporate taxpayers could help the government ease tax load on existing taxpayers.

He expressed the hope that Document Verification System (DVS) of the Institute of Chartered Accountants, Bangladesh (ICAB) would help in crosschecking multiple financial audit reports of corporate taxpayers.

He feels that the country should utilise its 'demographic dividend (younger segment of the population)' immediately as it usually does not last long.

The revenue-board chief pointed out how that could be done by using the able working hands in productive ventures.

"Growing domestic market is a great opportunity for industrialization. Local consumer market should be targeted for this," he said.

LTU commissioner Md Iqbal Hossain said the tax authority would try to resolve disputes with the taxpayers under Alternative Dispute Resolution (ADR) system which is an out-of-the-court settlement.

NBR members Md Alamgir Hossain and Md Golam Nabi, among others, also spoke on the occasion.

Mr Moula assured the NBR of extending all-out cooperation in its task of mobilising higher revenues.

Mr Azman suggested addressing the surging digital services and its use by the consumers as potential tax-collection sources.

The country's tax-GDP ratio is poor even by regional standards, below 9.0 per cent.

Recently, the NBR chairman said the tax-GDP ratio could be raised to 17 per cent if the government refrained from offering tax exemptions to spur economic growth.

The NBR faced Tk 411 billion shortfall in tax-revenue collection against the revised target for last FY as, according to tax officials, the target was ambitious in the current economic context.

The government has set Tk 3.30 trillion as revenue target for the NBR in the current fiscal year, keeping the original target of last year unchanged for the first time.