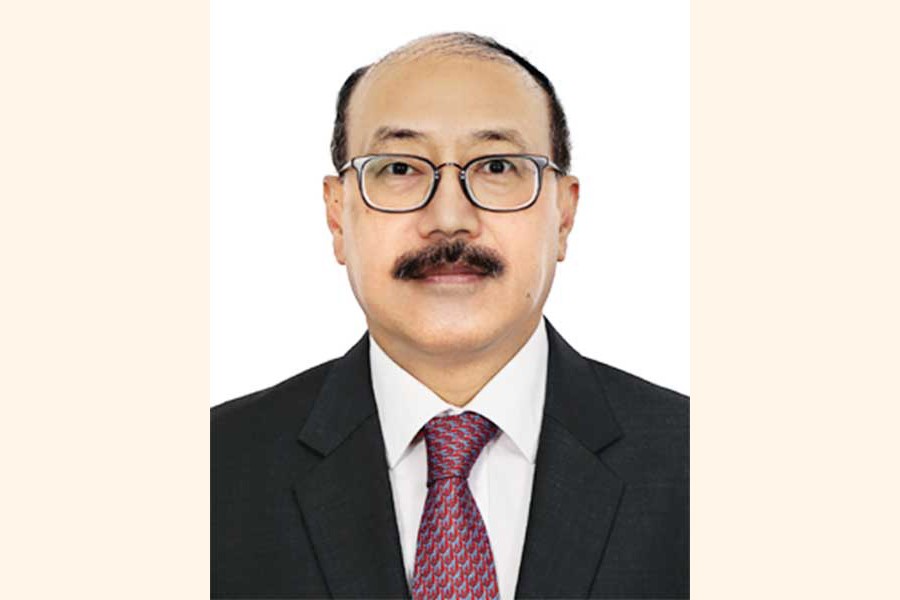 Bangladesh will seek access to the Oxford vaccine from India, said officials.

The Serum Institute of India has a manufacturing partnership for a Covid-19 vaccine of the Oxford University. The institute is due to start trials of the vaccine at some selected research centres in India this week.

The vaccine issue will be a major agenda during a meeting between the foreign secretaries of the two countries on Wednesday, foreign secretary Masud Bin Momen said on Tuesday.

Later he met Prime Minister Sheikh Hasina. But details of the meeting could not be known.

However, during the foreign secretary-level meeting, Bangladesh will discuss the possibility of trial of the Oxford vaccine here.

Asked about the reason for going after the vaccine from India at a time when the trial of Chinese vaccine is deferred by the government, the Bangladesh foreign secretary said that Bangladesh wants to keep 'all options' open.

"We are making an effort to have quick access to all the available Covid vaccines- these may be Chinese, Russian, or American," Mr. Masud said.

"We are discussing with all of them and we will discuss this issue with India as part of this process. We will go for the one which is the safe and useful. So, we want to keep all options open," he noted.

The Indian company recently announced that it will make a dose of the vaccine available at US$3.0 or around Tk 260 for low-and middle-income countries.

The vaccine candidate by Oxford University for which AstraZeneca has the licence is under the advanced stages of clinical trials in India and several other countries.

Meanwhile, the foreign ministry said increased cooperation between the two countries in the fight against the novel coronavirus will be a major agenda of the foreign secretary-level meeting.

"We do know that they are developing the Covid vaccine in their country. So, we can update each other about the state of coronavirus in both the countries," the Bangladesh foreign secretary said, commenting on the agenda.

The Bangladesh foreign secretary preferred not to term the visit of his Indian counterpart as a surprise one." This is not a surprise visit. Usually regular interactions take place at secretary levels between the two countries. Rather, this year such interactions have been fewer due to the pandemic," he added

About other agenda, the foreign secretary said, "we have started trans-shipment, and rail connectivity between the two countries is now enhanced. We will also discuss how we can further the level of bilateral cooperation."

According to Mr. Masud, Rohingya issue will also come up for discussion as India is engaged in assisting Myanmar to rehabilitate Rohingyas in Rakhine.

Recently, a number of media outlets in India published news saying that the ties between Bangladesh and India 'strained' over Bangladesh's increased leaning towards China.

"Our ties are very deep, and we have to nurture this deep ties time to time. Recently we have found speculative news published in a section of the media. We also want to assure that we do not see any basis of such news. We have a very close ties with India and that originate from the liberation war."

"That is why we want to discuss how to remove all kinds of gap between us."

Responding to a question, the foreign secretary said Bangladesh will also raise the issue on how to stop publications of baseless news by a section of Indian media regarding the internal affairs of Bangladesh.

This is the first visit of the Indian foreign secretary to any foreign country since the outbreak of the pandemic in India.

However, many in the diplomatic circle believe that Shringla's visit is the outcome of India's effort to 'reset' the usual close ties between the two countries.

"Shringla's sudden trip to Bangladesh comes against the backdrop of an announcement that Bangladesh will soon receive $1.0 billion from China for the Teesta river project," the Indian news portal 'the Print' said in a report on Tuesday.

"Modi govt rushes FS Shringla to Dhaka today as China backs Bangladesh more aggressively" was the headline of the news.

According to the portal, bilateral ties between Dhaka and New Delhi have become particularly strenuous since India passed the Citizenship Amendment Act (CAA) last year. Border restrictions from the Indian side during the pandemic have also put a strain on the relations.

It also said, while Bangladesh has removed all restrictions on its sides of the border areas, through which the movement of people takes place, the Indian side continues to remain shut.