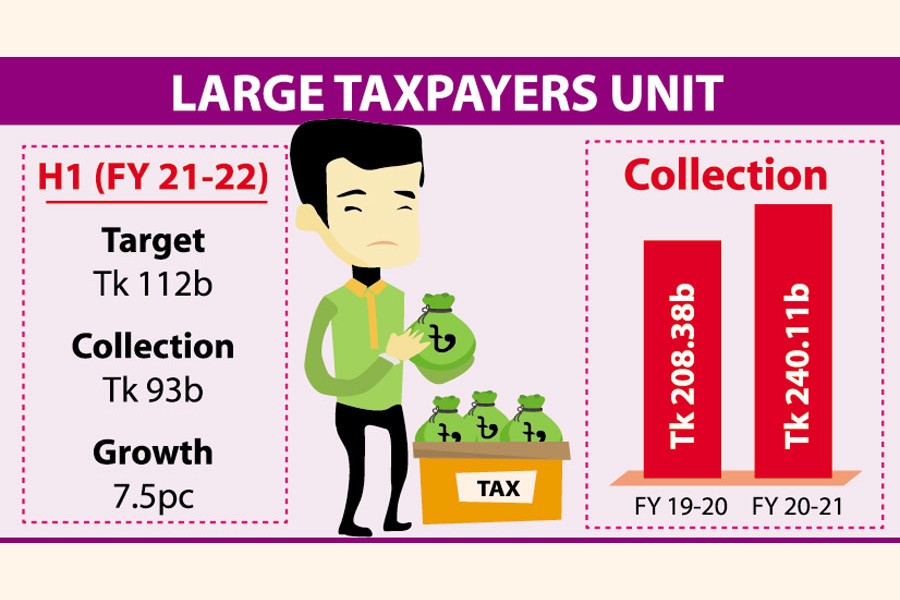 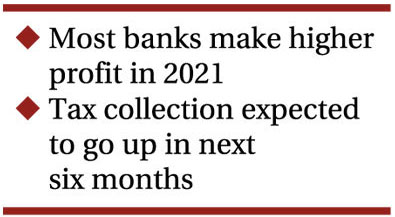 The revenue board finds the banks and large companies a bit tight-fisted in paying into public exchequer as corporate-tax collection from the latter grew 7.5 per cent in the first six months of the current fiscal year.

Officials take exception to below-par tax status of banks despite having made impressive profit by most of them in 2021.

However, corporate taxpayers said they paid advance tax on the basis of profits of the previous year as per income-tax ordinance and actual tax collection would go up in the next six months of the fiscal year 2021-22.

Although the overall direct tax collection grew 15 per cent, the receipts from the Large Taxpayers Unit (LTU) remained below expectation in H1, taxmen said.

The LTU under the income-tax wing of the revenue board lags behind the target by Tk 20 billion for the July-December period of the current FY, according to the National Board of Revenue (NBR) data.

It collected Tk 93 billion in taxes against its target of Tk 112 billion for the first half of the tax year.

Tax officials feel the pace of corporate-tax collection has to be geared up in the remaining six months following impressive performances manifest in the profit growth of banks.

Talking to the FE, Md Iqbal Hossain, commissioner of the LTU under the income-tax wing, said the collection of corporate tax would go up in the next half of the FY as the unit has taken a number of steps to raise collection.

He said the unit ensured taxpayer-friendly environment and achieved an impressive growth without taking any of the punitive actions.

"We achieved 15-per cent growth last FY without imposing penalty or attaching bank accounts or any of the penal actions against large taxpayers," he says.

A number of factors helped the unit achieve higher growth last fiscal year, including collection of arrears, leftover taxes of previous years, and money-whitening scheme, which are not available this fiscal year.

Deputy Managing Director and Chief Financial Officer of BRAC Bank Ltd M Masud Rana said corporate-tax collection from banks might go up by 20 to 25 per cent by the end of this fiscal year following growth in profits of banks in 2021 over the previous year.

He suggests proper enforcement of law to ensure a 'corporate tax culture' in Bangladesh.

Mr Rana, however, appreciates LTU's performances compared to that of other tax offices across the country in dealing with taxpayers.

Talking to the FE, the LTU commissioner shared some strategies to address the revenue-collection challenges this year, including monitoring advance tax collection through holding meetings with large banks, intensifying collection of arrear taxes, monitoring proper depositing of tax deducted at source, resolving pending court cases that blocked around Tk 50 billion.