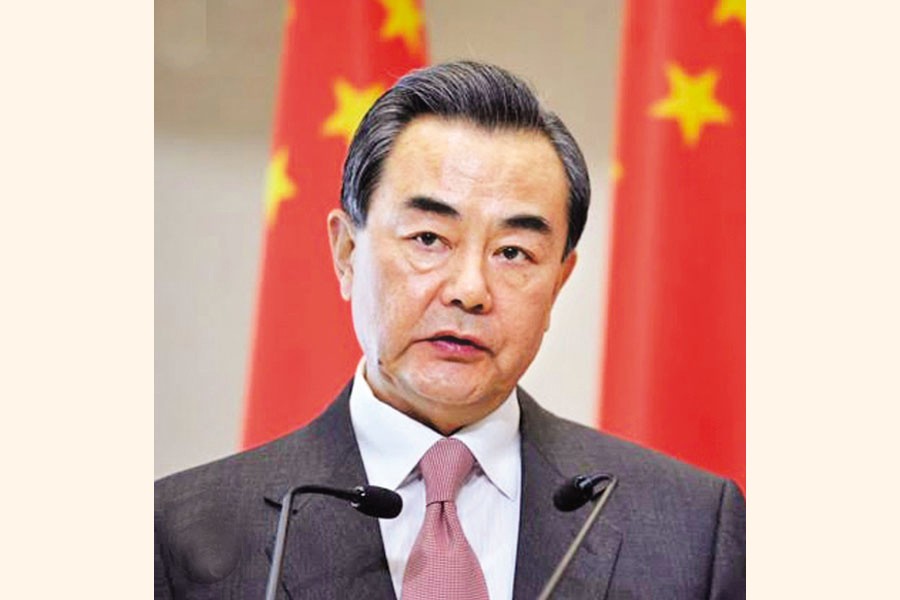 Chinese foreign minister Wang Yi is scheduled to hit the city in the evening today (Saturday).

He will meet Prime Minister Sheikh Hasina and hold bilateral talks with his Bangladesh counterpart, AK Abdul Momen, the next day.

Later, several memorandums of understanding related to disaster management, cultural cooperation and education are likely be inked between the two countries.

Awami League general secretary and road transport and bridges minister Obaidul Quader is scheduled to host a dinner in honour of the Chinese minister this evening.

According to officials, Mr Yi's arrival schedule may be revised to enable Dr Momen, now in Cambodia, to receive him at the airport.

In a statement on Thursday, Dhaka made it clear that it stuck to the 'One-China' policy, urging all sides for utmost restraints so that the situation did not deteriorate further.

Replying to a query, state minister for foreign affairs Shahriar Alam said Dhaka would seek a stronger role from Beijing for early repatriation of the Rohingya.

On Wednesday, foreign secretary Masud Bin Momen said the tour is part of the Chinese side's routine visit to the region.

It was also an opportunity to review the existing engagements between the two countries, he added. The secretary said this when asked about the political significance of the visit taking place in the run-up to Sheikh Hasina's Delhi tour in September.

In January 2017, Mr Yi had an hour-long stopover in Dhaka. "This time, he will be coming for a longer period."

Mr Alam said the Rohingya repatriation issue would get a special focus in the talks as Bangladesh is heavily burdened with 1.0-million refugees from Myanmar.

China has been facilitating trilateral talks on the Rohingya repatriation since 2017.