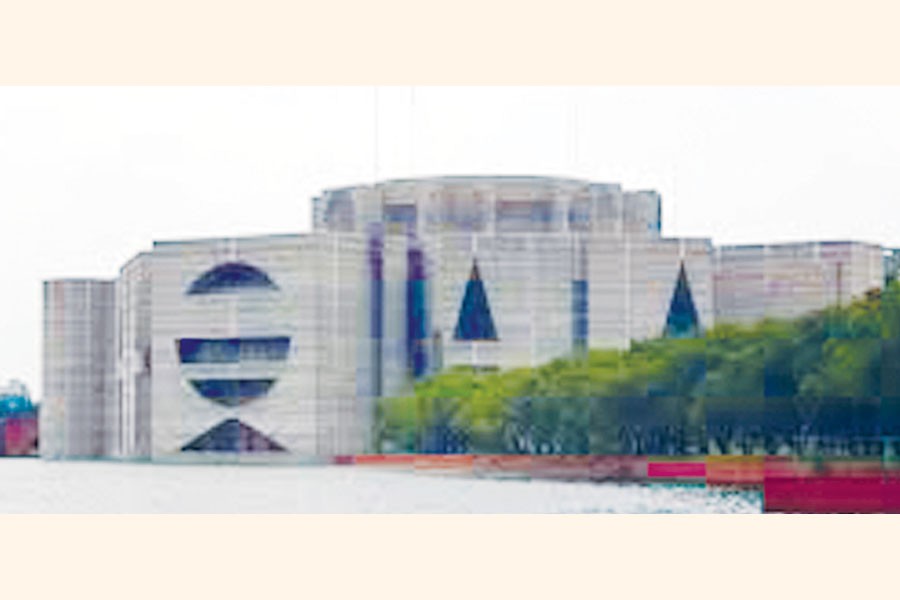 The government has allowed the people holding undisclosed money to dispose of their investment in equities after a year instead of three, in a move to breathe new life into the ailing capital market.

The go-ahead came on Monday as the Jatiya Sangsad (JS) passed the Finance Bill-2020 with some changes.

The lock-in period, one of the conditions for legalising undisclosed money, has been relaxed following requests from the cross-section of people to help revamp the stock market.

Also, tax on individuals' income from zero coupon bonds has been withdrawn in order to make the bond market vibrant.

However, banks, insurance and financial institutions will have to pay taxes on zero coupon bond they purchase.

In the bill tabled on June 11, the finance minister offered the people opportunity to whiten their black money investing in various sectors, including the capital market, provided they pay 10 per cent tax.

However, he had proposed a lock-in period of investment in the share market for three years, which has been lowered to one year in the Finance Act-2020.

A condition, however, applies. The submission of a declaration statement to the tax authority before disclosure of undisclosed investment, deposit or cash will be required.

On VAT measures, the newly incorporated provision for obtaining partial input credit on the basis of consumption of raw materials has been withdrawn after push from businesses.

The provision for depositing 20 per cent of the disputed amount of VAT for filing appeal has also been clarified.

It was 10 per cent in the outgoing fiscal.

Aggrieved taxpayers have to pay 20 per cent of the disputed amount of VAT while filing appeal to the commissioner and it would not exceed 30 per cent even if the dispute drags onto the courtyard.

The proposed measure required the aggrieved taxpayers to deposit up to 50 per cent of the disputed amount of VAT in the High Court.

A provision has also been included empowering the VAT authority to extend the time of resolving appeal from two years in case of emergency.

The government also withdrew its proposal to increase the import tax to 15 per cent from 5.0 per cent of a pharmaceuticals raw material 'colourlex' in the upcoming financial year.

Import duty on calcium chloride based on container has been set at 10 per cent.

In the Finance Act-2020, Supplementary Duty has been levied at 15 per cent for three wheelers such as trucks and lorries.

However, tax rate on non-residents has been specified at 30 per cent, although the maximum rate for individual taxpayers is 25 per cent.

The submission of withholding tax returns for all universities, English medium schools, diagnostics centres etc have been made mandatory in the upcoming fiscal.

However, most of other major proposals remained unchanged, including increased tax on mobile phone users.

Prime Minister Sheikh Hasina also took part in the budget discussion, but did not propose any changes to the bill this year like previous years.

The finance minister made concluding remarks and accepted a few budgetary recommendations made by the lawmakers.