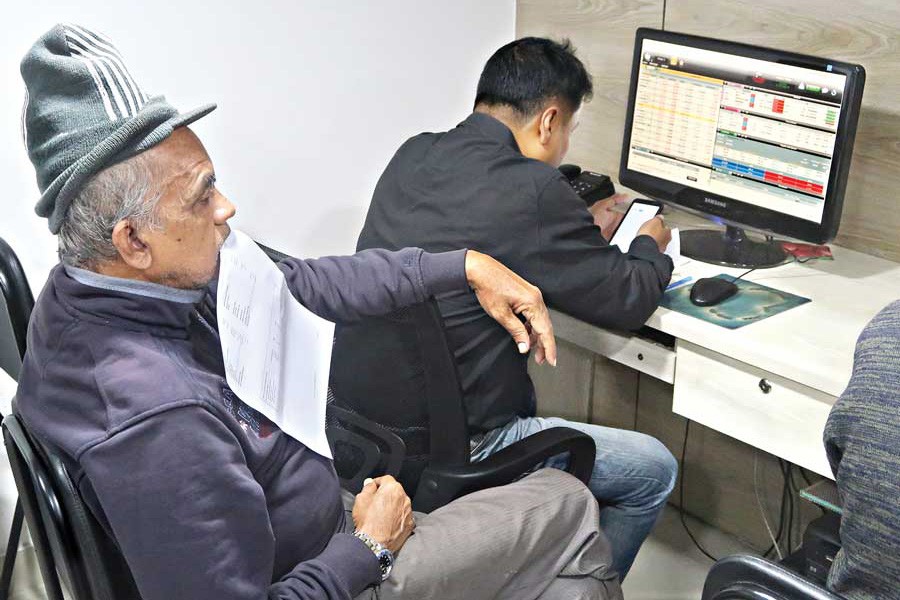 Of the 354 issues traded on the day, 313 declined, while only 21 advanced on the premier bourse.

The DSEX lost 7.53 per cent or 335.81 points in six sessions, except the marginal rise, observed on Sunday.

Asked, some stock brokers refused to make detailed comments, saying they are 'puzzled' by the ongoing downtrend in the capital market.

"Now it's difficult for us to make comment about the market situation," said the CEO of a leading brokerage firm.

He said institutional investors are unable to support the market, as their funds have been stuck up in the shares, which are losing prices day by day.

The DSEX experienced straight fall on Monday, and lost around 107 points before a weak recovery stance, observed for last twelve minutes.

The recovery stance of last half an hour recovered some points, and the DSEX finally went down below 4,200-point mark.

Asked, former chairman of the securities regulator Dr. A B Mirza Azizul Islam said there is no justification of such continuous correction, as there is no sudden change in macro-economic indicators.

"There is nothing to say about this irrational behaviour of the market. But it's the high time to purchase securities, as price earning (P/E) ratios of most of the securities are much lower now," Mr. Islam told the FE.

After continuous price correction, market capitalisation on the DSE declined 6.37 per cent or Tk 217.35 billion to close at above Tk 3.19 trillion on Monday.

Three large cap companies, having notable impact on index movement, lost prices from 2.44 per cent to 4.35 per cent on Monday. The companies are - Grameenphone, British American Tobacco Bangladesh Company and Square Pharmaceuticals.

Of the 21 issues advanced on Monday, seven were from banking sector, seven from engineering sector, and two from pharmaceutical sector.

After daylong selling pressure, the turnover rose 10 per cent to close at above Tk 2.86 billion on the DSE on Monday.