Japanese company to do the study 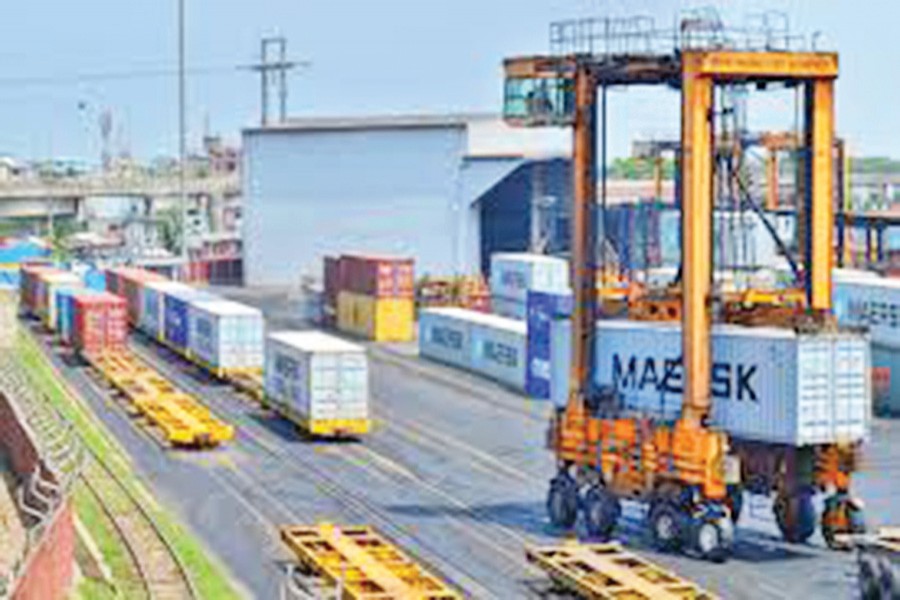 The feasibility study of the proposed floating terminal project at the outer anchorage of Chittagong port is set to start soon.

The terminal, if and when completed, will facilitate unhindered movement of containers to and from Pangaon container terminal and help ease congestion at the country's premier port.

A Japanese company named 'Japan Offshore Design and Engineering Platform' will carry out the study at its own cost.

Official sources said a memorandum of understanding (MoU) will be signed soon to this effect.

Shipping ministry officials said the move to build a floating terminal is being made mainly to ensure the maximum possible use of the facilities offered by the Pangaon container terminal, which is now highly underutilised.

In August 2017, the then finance minister AMA Muhith, while visiting Pangaon, pledged to channel adequate funds to build a floating terminal amid a strong demand from users.

As planned, feeder vessels from Singapore, Colombo and Port Kelang will unload Dhaka-bound import containers at the terminal from which small vessels will carry those to Pangaon.

Similarly, containers from Pangaon will reach the terminal by small vessels and then by feeder vessels to transshipment ports.

By this way, a portion of both inbound and outbound containers will be able to avoid touching the congested Chittagong port, thus facilitating faster trade.

However, Dhaka-based shippers are yet to use the Pangaon terminal in full swing, citing unavailability of adequate vessels and multiple complexities.

A Pangaon official said carrying containers through the terminal is cheaper than doing the same by road.

The official said shippers could be benefited by using Pangaon for carrying both export and import containers.

A senior shipping ministry official said initiatives like Laldia terminal, and Bay and Patenga container terminals are afoot to enhance the capacity of Chittagong port.

These facilities would enhance the capacity of the country's premier seaport manifold, he told the FE on Tuesday.

"If the study finds a floating terminal is required and viable, we'll go for building it," concluded the official.