Steps taken to import onions from Turkey and Egypt 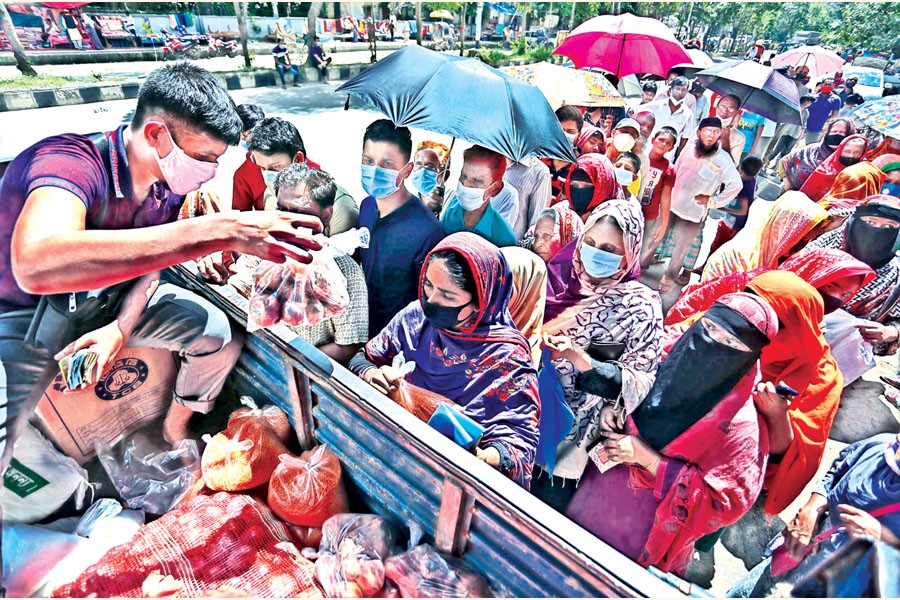 Braving scorching sun, people line up to buy onion from a truck, being used as a TCB sales point, in Motijheel area of the city on Wednesday, as prices of this essential item continues to spiral out of control — FE photo by KAZ Sumon 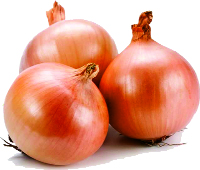 As there is yet no sign of onion prices coming down, the government has started exploring various options to increase the supply in domestic market with a view to containing the price spiral.

Finance minister AHM Mustafa Kamal said on Wednesday the government will consider the proposal for duty cut on onion import to reduce the sufferings of people.

"We don't want to see people's sufferings mount. We don't expect it," he said.

"Neither the Prime Minister, nor me, or anyone expects that," he said.

He made the remarks while talking with reporters after a virtual meeting of the cabinet committee on government purchase.

Earlier on the day, commerce minister Tipu Munshi called the authorities to lower the 5.0 per cent duty on onion import until 2021.

Price of the key cooking ingredient now hovers at around Tk 100 per kilogramme, which shot up after the neighbouring India slapped a ban on onion export on Monday.

Last year following the Indian ban, onion prices jumped around Tk 300 per kg, stoking resentment among the poor and the middle class people.

"…if there is option, definitely the revenue cut will be considered. In case of essential commodities, which are a daily need, we don't want people to suffer," said Mr Kamal.

"It was also done in the past and will be done again," he added.

Replying to a question, he said the ministry will look into the revenue part while the rest is being handled by the ministry of commerce.

"I don't want to say anything to businessmen on this issue. The issue is discussed here and that is a clear message," he added.

The committee also approved the construction of a waste-to-energy power plant of six megawatts, the first of its kind in Bangladesh.

The government will buy power from the plant at $0.209 per kilowatt hour for a period of 20 years and pay a total of Tk 16.65 billion during the period.

Importing 200,000 tonnes of wheat from Russia at a cost of Tk 4.375 billion also got the approval of the committee, which will be done under a government to government arrangement.

There is no valid reason for the sudden hike in prices of onion as the country has sufficient stock of the spice item, he told a media briefing at his secretariat office on Wednesday, blaming a section of unscrupulous traders for creating such an artificial crisis.

"If we get one-month time for taking necessary steps, including import, the local onion market will be stable," the minister told a media briefing.

Meanwhile, Onion prices remained almost unchanged at their high levels in the local market, which became volatile after the Indian government imposed a ban on onion export since Monday.

UNB report adds: The government has decided to import onion from multiple sources to ensure enough supply of the popular cooking ingredient in the local markets.

In line with the decision, the government has already taken steps to import onions from Turkey and Egypt, the Ministry of Foreign Affairs said.

The consignments are expected to reach Chittagong port early next month.

Meanwhile, Myanmar has initiated a move to export onion to Bangladesh, as it has an abundant supply of the item, the Myanmar media has reported.

"We have negotiated with the Embassy of Bangladesh (in Myanmar) for the export," the Myanmar Times reported on Wednesday, quoting U Khin Han, chair of the Bayinnaung Wholesale Centre.

Citing the discussion with the Bangladesh embassy, the report said the export would be conducted via maritime route and the capacity of each ship would be more than 150 containers.

And each container can carry around 14 tonnes of onion, it mentioned.