The High Court on Tuesday finalised a fact-finding committee that has been entrusted with the task of identifying the liabilities of Bangladesh Bank officials. These officials were in charge of overseeing financial institutions from 2002 till date. 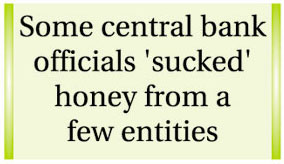 It also gave sweeping powers to the committee to summon and interrogate any official of the scam-hit non-bank financial institutions (NBFIs) and look into any document it deems necessary.

The number of committee members now stands at seven.

On February 15, the central bank formed the committee with its five high officials in line with an HC order. The bench passed the order after holding a hearing on a petition filed to this end.

The BB constituted the body with deputy governor AKM Sajedur Rahman Khan as its chairman.

It will also mark the liabilities of the BB officials who were in charge of overseeing the activities of the financial institutions.

The court said the seven-member committee would be competent enough to interrogate any BB official and the aforesaid institutions.

They could also seek any document from the institutions, it added. If the court-appointed independent members suggest any issue, the chairman and other members of the committee would implement the same.

If it is found that any committee member is involved with any transaction of the three institutions, he would be barred from carrying out his designated responsibilities in the committee, read the order.

On December 17, the HC bench in an order said the general managers who were overseeing the activities of the institutions should be made answerable for causing disaster to the financial sector.

The court expected that the governor would look into the matter and take actions so that the crooks can nolonger steal public money in collaboration with unscrupulous BB officials.

After Justice Sarkar's observation following an application by a company under section 233 of the Companies Act-1994, the BB formed the committee, said BB counsel barrister Khan Mohammad Shamim Aziz.

'Tees Mart Inc', a 10-per cent shareholder of the BIFC, petitioned in March last year, seeking HC directives to remove the present board of directors of the BIFC.

Meanwhile, the same HC bench while hearing another case on the same day, observed that the High Court said a section of the central bankers, who were in charge, 'sucked honey' from those financial entities.

The corrupt officials took benefits from borrowers, including much-talked-about PK Halder. So, they need to be stopped, it added.

Even the court termed the Bangladesh Bank's executive director, Shah Alam, as a thief.

Last November, the HC bench sought a list of loan defaulters from the non-bank financial institution, which is in the process of winding up.

The liquidator submitted a list on November 23. The HC on January 20 summoned 280 defaulters and directed 143 to appear before it on February 23 and 137 others on February 25 for their explanations.

Complying with the court order, only 51 borrowers came to the court on Tuesday.

Others would face arrest warrant if they fail to appear on March 09, said the court.

Barrister Mejbahur Rahman took part in the hearing on behalf of the PLFSL provisional liquidator and barrister Tanjib-Ul Alam for the central bank.