Import tax revenue up on the back of higher rate 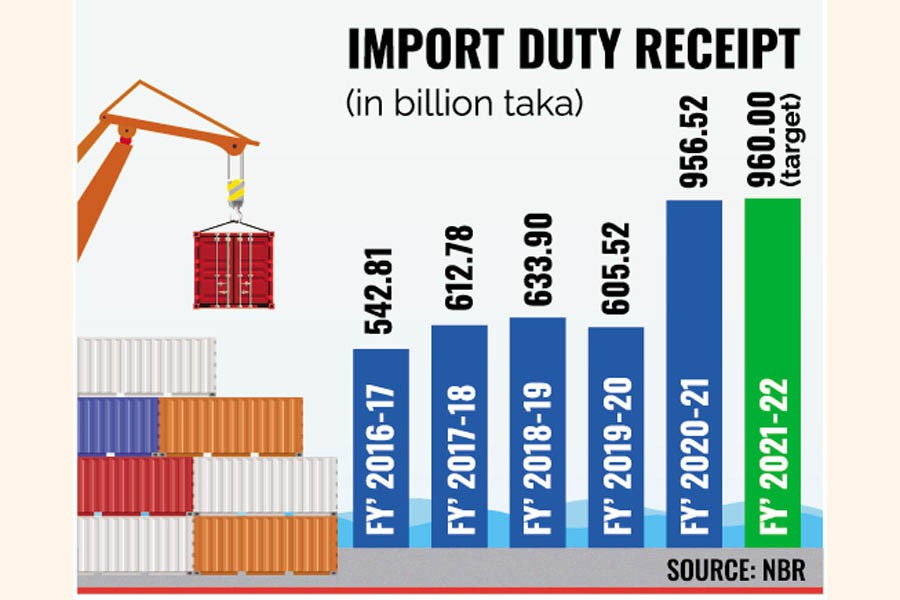 The country's tax collection at import stage marks impressive growth as taxmen have been taking a conservative approach as far as rationalisation of tariff is concerned.

Import duty rate is one of the highest in Bangladesh, 25 per cent, among top five countries, which experts find as a negative factor for a developing country.

As a World Trade Organisation (WTO) member, Bangladesh will have to bring down its average import tariff for the sake of trade liberalisation.

However, the volume of income tax receipts was higher than customs revenue as almost 60 per cent taxes come at import stage in the form of advance income tax (AIT).

It is among one of the top five countries having higher import taxes, he adds.

Dr Sattar says the country has to shift its dependence on trade tax at import stage to domestic revenue mobilisation from VAT and income tax.

The local market is more profitable for non-RMG exporters (who also produce for the domestic market) because of higher tariff protection. This is also discouraging them from venturing into export, he adds.

Officials listed the surge in commodity imports, hike in their international prices, increased freight charges, efforts to check trade-based tax evasion and automation as factors that propelled the higher growth of customs revenue.

In the first half (H1) of this fiscal, the revenue collection at import stage grew by 19.50 per cent.

In the first quarter, customs revenue grew by 21 per cent than that of the corresponding period last year.

However, the aggregate revenue collection growth in the past six months has been between 14 and 16 per cent.

This global price impact and the high cost of imported commodities have contributed to higher customs duties, although the government refrains from upward adjustment of import-stage taxes considering Covid-19.

Petroleum products are one of the major revenue contributing importables that saw a price hike in the international market.

The import cost of petroleum products reached $1.04 billion during the July-August period, up 71 per cent year on year.

A senior customs official says scope for tax evasion has decreased significantly in recent years, thanks to the monitoring of the value-declaration process.

Checking tax evasion at entry point is easier compared to that of detecting direct tax evasion as those are scattered in many placed, he adds.

"A liberalised fiscal policy is required to facilitate local industries get access to the international market," Mr Kibria says.

Local manufacturers are enjoying fiscal protection that is supposed to phase out after a certain time.

Such protection makes the local market more profitable for them compared to that of exporting those to other countries, he concludes.