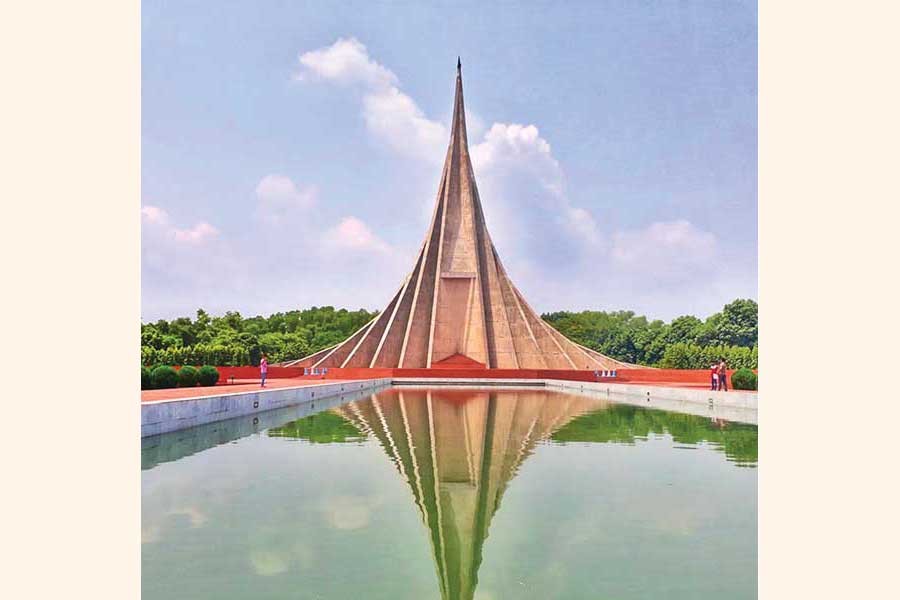 The Independence and National Day is today (Thursday).

In the wake of the deadly novel coronavirus outbreak, the government has suspended all programmes of the day, reports BSS.

On the eve of the day, President M Abdul Hamid and Prime Minister Sheikh Hasina issued separate messages extending heartfelt greetings and warm felicitations to the countrymen living both at home and abroad.

Paying tributes to the martyrs and veterans of the War of Liberation at the national mausoleum at Savar has been suspended.

Usually on the day, the President and the Prime Minister place wreaths early in the morning as a mark of profound respect to the martyrs. But this year, all programmes have been suspended.

The day is a public holiday.

Different political parties as well as socio-cultural and professional organisations have also suspended all programmes to avoid public gathering and maintain social distancing following the directives of the government as well as the World Health Organisation (WHO).

Bangladesh emerged as an independent and sovereign country on December 16, 1971 with the surrender of the Pakistani occupation forces, who killed three million innocent civilians, perpetrated atrocities on two lakh Bangalee women and burnt down lakhs of houses across the country during the nine-month bloody war.