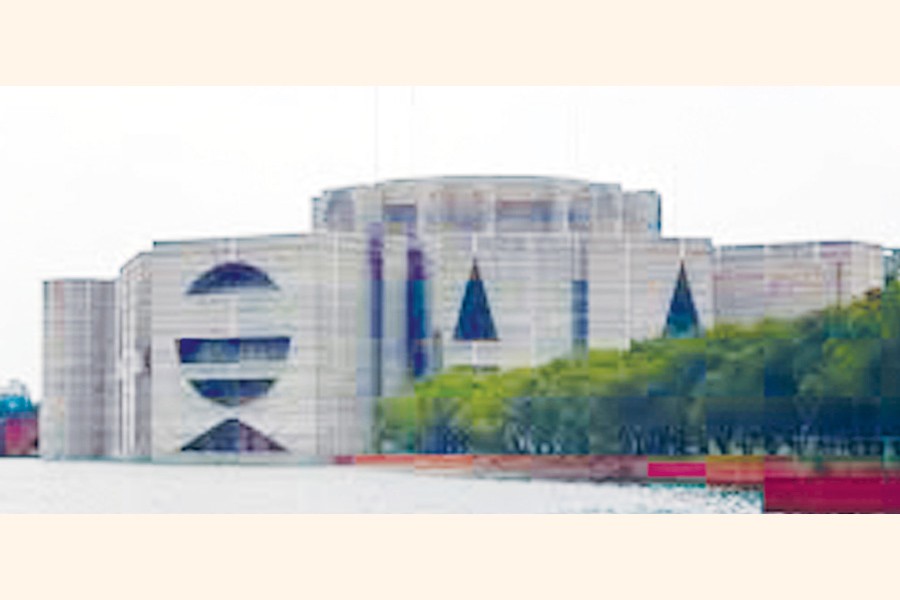 Jatiya Sangsad passed on Tuesday the Appropriation Bill, allowing the government to spend Tk. 7.6 trillion from the consolidated fund for meeting development and other expenditures for fiscal year 2021 beginning today (Wednesday).

With the passage of the bill by voice vote, the Tk 5.68-trillion annual budget finally got approval from parliament to spend from the fund created as per the Constitution of Bangladesh.

Finance minister AHM Mustafa Kamal moved the bill, seeking a total of Tk 7.6 trillion from the fund, maintained by the central bank on behalf of the government.

The ministers and divisions placed 59 demands for grants.

Opposition lawmakers moved 421 cut-motions against the demands, but were rejected by voice vote.

Speaker Dr Shirin Sharmin Chaudhury presided over the session that began from 10 in the morning.

Dr Chaudhury allowed discussions on two cut-motions as she had expedited the process of passage of the bill by applying guillotine strategy without giving a break.

The slogan of the budget is 'Economic Transition and Pathway to Progress'.

The budget has projected that the gross domestic product will grow by 8.2 per cent during the new fiscal year, boosting the size of the economy to Tk. 31.7 trillion.

The growth rate of outgoing fiscal year was, however, downsized to 5.2 per cent.

A total of nine lawmakers from Jatiya Party and BNP submitted their cut-motions on the budget.

They were, however, allowed to participate in the discussion on the Law Ministry and the Health Ministry.

Opposition and independent members of parliament were present at the House when the Appropriation Bill was passed and they did not oppose the passage of the bill.

The total allocation for operating and other expenditures is estimated at Tk 3.63 trillion while that for the annual development programme or ADP is Tk 2.05 trillion.

The total budget size of FY 2020) was earlier estimated at Tk. 5.23 trillion. In the revised budget, the expenditure was reduced to Tk 5.02 trillion. The government set the target of total revenue income in the new fiscal at Tk. 3.8 trillion.

Of the total, Tk. 3.3 trillion will come from the National Board of Revenue sources.

Income from the non-NBR sources has been estimated at Tk. 150 billion, while the non-tax revenue at Tk. 330 billion.

The budget has allocated Tk. 100 billion to meet the emergency needs of COVID-19 containment measures.

Considering the adverse impact of coronavirus pandemic, the government has allocated Tk 955.7 billion for the social safety net programmes. In last year's revised budget, the allocation was Tk. 818.65 billion.

The deficit of the next budget has been estimated 5.8 per cent.

On Monday, parliament passed the Finance Bill 2020 with no major changes.