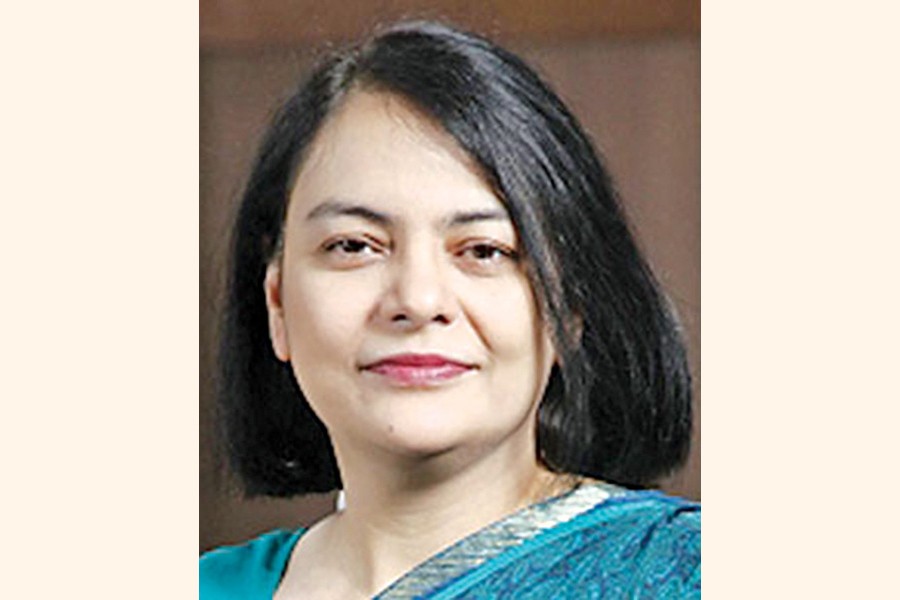 As Bangladesh scrambles to slow the spread of coronoavirus, the government was stuck in a difficult choice of weighing life against livelihood, says a business leader.

"In my opinion, it was not a choice of one or the other," said Nihad Kabir, president of the Metropolitan Chamber of Commerce, Dhaka.

Ms Kabir, a UK-trained lawyer, said the government's first priority has to be the health and safety of the citizens, and at the same time ensuring the financial security of the most vulnerable segments of the population.

"If we do not have a population where the infection rate is under a certain amount of control, our international trading partners will not resume full business relations with us," she warned.

"Our domestic economy will also not gather the momentum it requires to move ahead at full speed."

For example, Europe and Japan, two of the largest trading partners of Bangladesh, are not allowing Bangladeshis to enter, while they have opened up their borders for people from the countries that have managed to curb the infection.

In contrast, the countries and areas which have opened up public gathering places and workplaces too soon are seeing spikes again in infection rates," she said, citing the examples of the US states of Texas and Florida.

She feared there will be domestic travel and public gathering relating to Eid-ul-Azha, which may also aggravate the situation further.

Referring to experts' views, she said the infection rate in the country may not peak until late July or August.

Given the prediction, the MCCI chief urged the authorities to take "strong steps" to halt the advancing rate of infections by putting in place a hard lockdown at least in five cities and areas identified as hotspots.

Dhaka, Narayanganj, Gazipur, Narsingdi and Chattogram have been identified as hotspots.

She did not back the idea of dividing these cities and areas into different zones like red, yellow and green and keeping parts of those open, saying it will make the enforcement of lockdown exceedingly difficult.

"At the cost of a 15-21 day hard lockdown in these areas, the whole country may reap the benefit in the next several months," she insisted.

The rest of the country will carry on with economic and other activities, she said.

The chamber leader made a compelling case for ramping up testing while effectively carrying out contact tracing.

The government has shown that it can support a large population countrywide with food and funds already.

"Doing that for five hotspots and also taking the other necessary steps should be within the capabilities of the government," she said.

The timing, extent, and exit from this kind of lockdown have to be well-planned and well-executed.

For this, the government should be guided by the advice of public health experts, economists, and other stakeholders, the MCCI president said.

She mocked at the containment measure, saying there was no lockdown, rather "general holiday," which did not give the full impression about the gravity of the pandemic the country was facing.

Even while the partial lockdown or general holiday was ongoing, several times a large number of people travelled to and from Dhaka and surrounding industrial areas to all corners of the country.

She said quarantine and isolation measures were not adequately enforced.

"…the policy-makers may not have had all the necessary or correct data relating to the spread of the infection and the number of persons infected, as well as the hard and soft infrastructure in place in the health sector in order to be able to make appropriate decisions based on full information," the MCCI president said.

She regretted this has resulted in a fast-growing infection rate and rising fatalities.

"Certain economic activities such as the production and supply of essentials, food and medicine, and also agriculture did not stop in any case," she said.

She said after the Eid holidays, economic activities are low, and at that time, it would have been better to enforce a strict restriction on the movement rather than easing it.

While the easing of restrictions may have allowed a relatively small number of people to return to work, the increase in the number of infected persons shows that the timing may not have been "right," according to the business leader.

Ms Kabir, however, lauded the authorities to provide food and financial support to a large number of vulnerable families, also supported by the private sector.