Momen presses for US duty cut 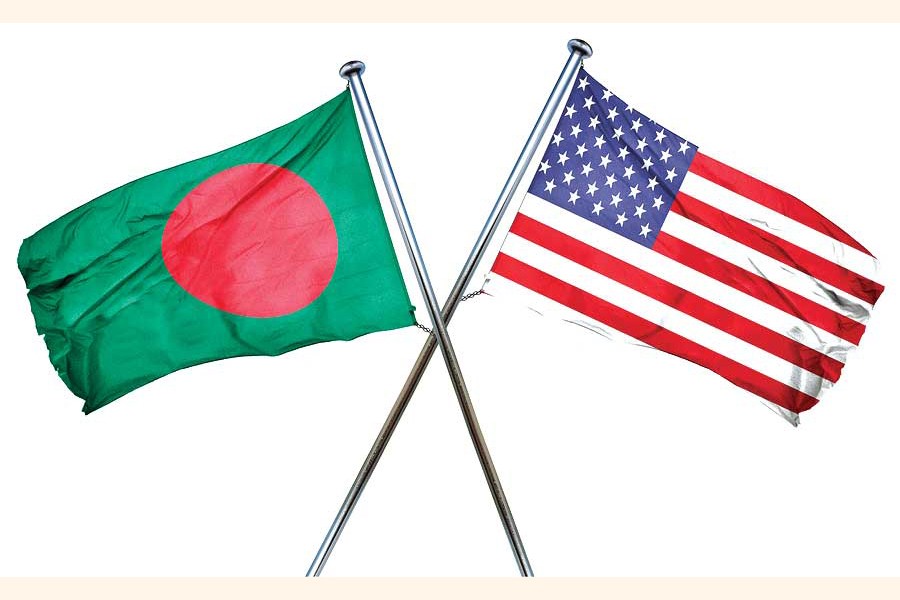 Under the deal, the United States will waive import duties on Bangladeshi textiles products made of American cotton.

"This will be win-win for both countries," Dr Momen said.

"I hope the US authorities will consider the proposal, as similar arrangements are in place with other regions like the Caribbean and Africa," he added.

He floated the idea while delivering a speech on Bangladesh-US ties at the monthly luncheon meeting of the American Chamber of Commerce, AmChem, at a city hotel.

He urged the AmChem to work with its US partners to materialise the proposal.

The foreign minister expressed his dismay over the higher import duty the US imposes on Bangladeshi products, especially textiles and clothing.

Bangladesh has to pay around 15.6 per cent duty for exports to the US, but it slaps much lower taxes on imports from rich countries like France, the minister said.

Urging the US entrepreneurs to invest more in Bangladesh, the minister said, "If you want to make money, invest here."

"We have a huge consumer base and after setting up your factories, you will find a ready market for your products", the foreign minister said.

In this connection, he presented statistics on the recent economic growth of Bangladesh, saying Bangladesh is expected to become the 24th largest economy by 2034.

"Bangladesh has also achieved a record per capita income of $2,067," he added.

He assured the investors of providing with one-stop service.

"So, you should invest here for your own interest -not only for our interest," he argued.

"We have some problems like bureaucratic red-tapism, but that will also be removed as we are working on addressing this issue," the minister noted.

The minister identified some of the less-charted and non-conventional fields as potential areas for the US investments such as agro-processing, automobile, ship-building, renewable energy, pharmaceuticals, information and communication technology and blue economy.

He said in line with the government's 'Open door' policy, the country is going to establish 100 economic zones by 2030.

Despite its tremendous economic success, the minister, however, said Bangladesh is facing challenges like human trafficking.

In this connection, he mentionedthe Rohingya refuges fall prey to trafficking as "they have no future, no hope."

"They have been stateless due to the brutal persecution carried against them. And the global voice is not that much strong to defend their case," he said.

He said that process has started to fence the Rohingya camps and the law enforcement agencies have been asked to beef up monitoring to tackle trafficking.

Among others, AmCham president Syed Ershad Ahmed and political and economic chief of the US Embassy in Dhaka Brent Christensen spoke on the occasion.

Mr Ahmed said Bangladesh's exports to the USA increased to $6.9 billion dollar in last fiscal, which is 15 per cent higher than those of a year earlier.