It favours India's use of Ctg, Mongla ports after system upgrade 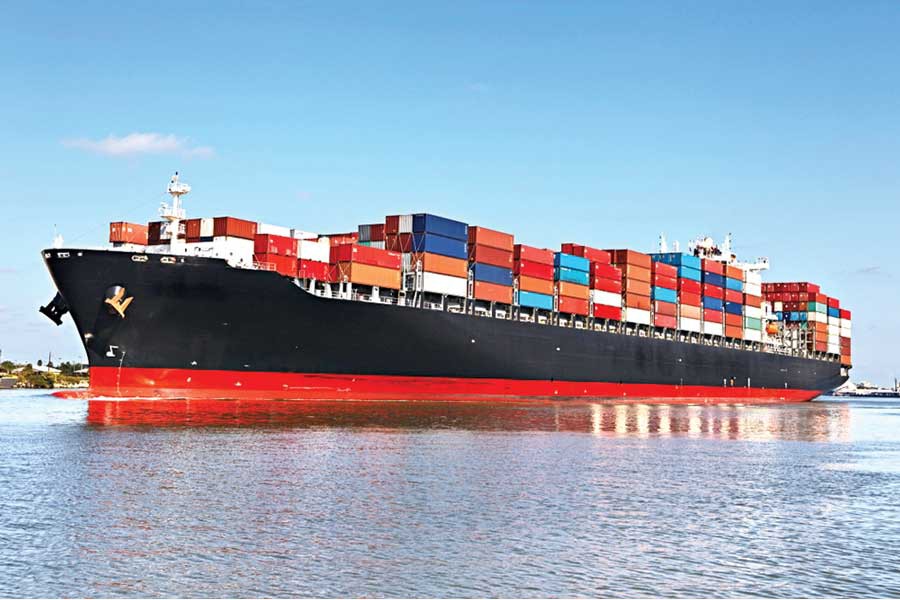 Bangladesh is set to work out a comprehensive procedure to conduct transshipment of goods with India, Nepal and Bhutan on three routes -- sea, land and air.

Following the recent kick-off of the Indo-Bangla transshipment of goods via sea route, the National Board of Revenue (NBR) has moved to prepare a common procedure, which both traders and customs officials will have to follow during transshipping goods.

The procedures of trade, requirement of undertaking, escorting of goods during transshipment, e-seal, customs declaration, other pros and cons, customs process, administrative measures will be detailed in a Statutory Regulatory Order (SRO) to be issued shortly, officials said.

The procedure will have to be followed for transshipment of goods on three routes and Bangladesh India, Nepal, and Bhutan, said Khondaker Muhammad Aminur Rahman, customs (audit, modernisation and international trade) member of the NBR.

The international trade wing of customs is drafting the SRO after reviewing the Inland water transit protocol and trade between Bangladesh and India, agreement on the use of Chattogram and Mongla ports for the movement goods to and from India and other relevant treaties between the countries, Mr Rahman said.

However, the SRO would not include charges or transshipment fees as, according to Mr Rahman, it would be determined based on negotiations between individual countries.

"A comprehensive SRO on the transshipment issue is at the final stage now, which might be issued within a month or two," said Mr Rahman.

For trial run of transshipment between India and Bangladesh, the NBR has followed a Standard Operating Procedure (SOP) that has been signed after consensus from two parties, he said.

Dhaka and Delhi have signed a Standard Operating Procedure (SOP) in October last year to fix the modality of the transshipment of goods on those routes.

The customs wing under the National Board of Revenue issued an office order on the basis of SOP before the trial run, he added.

For transshipment of goods, both the customs officials and traders get to what would be the procedure, requirement for bond or undertaking, escorting facility, electronic-seal, lock, etc.

The SRO would have the details of the process that a trader and customs official have to follow for the transshipment of goods between India, Nepal, Bhutan with Bangladesh, Mr Rahman said.

"It is difficult to determine the process of transshipment of goods each time before entering the transshipment goods from a country. The comprehensive SRO will have the guideline that will be followed at the time of transshipment," he said.

On July 21, transshipment of goods through the Indo-Bangla sea-route began through the Chittagong sea port.

As per the NBR's order, the traders arrived with goods giving an undertaking on the payable duty taxes to the customs authority at the time of its transshipment. They have signed a bond in a non-judicial stamp against the payable duty.

However, the bond would be released after proper exit of goods through the customs point.

The products will have to be transshipped within seven days from Bangladesh, in some exceptional cases, it can be deferred by submitting applications.

As per the NBR order, the transshipment goods are supposed to exit by today (Monday) from Bangladesh.

In 2015, both the countries signed a memorandum of understanding (MoU) on the use of the Chittagong and Mongla ports.

As per 'Agreement on the use of Chittagong and Mongla ports for movement goods to and from India', traders have to pay Tk 30 as document processing fee (per chalan), transshipment fee Tk 20 (per tonne), security charge (per tonne), escort charge Tk 50 (per tonne), miscellaneous administrative charge Tk 100 (per tonne), container scanning fee Tk 254 (per container), electric lock and seal fee (as per rules).

There is widespread criticism of the poor transshipment charges.

About using the Chittagong and Mongla ports by India, the National Board of Revenue (NBR) has suggested the authorities concerned not to allow regular transshipment of goods through the two ports before completion of upgrading the required system by late 2021.

In a recent letter to the ministry of shipping (MoS), the NBR said that the submission of import general manifest and bill of entry, duty realisation, issuance of assessment notice, and issuance of exit note after payment of fees and charges are being done at the Chittagong and Mongla customs houses by` using ASYCUDA World system.

The NBR also informed that necessary measures have been taken to upgrade the system with the assistance of the United Nations Conference on Trade and Development (UNCTAD).

"The incorporation of transit module in the ASYCUDA World system after necessary procurements may take time until the third quarter of 2021," the NBR said.

It thought that the regular transit can be started only after the initiatives are materialised.

The revenue board also requested the MoS to consult with it before taking any decision or fixing a date for holding any kind of trial run of vehicles, carrying goods of other countries so that required formalities can be completed smoothly.

Usually, Indian vehicles need to travel over 1,650 kilometres to transport goods from Kolkata to Agartala through Guwahati in the landlocked north.

Besides, some businessmen are apprehending disturbance for local shippers when Indian goods start to be transported in increased volume by using the Bangladeshi seaports which have less than the required capacity.

Some businessmen and political analysts have criticised the transshipment facility as vessels carrying Indian goods will reportedly enjoy priority berthing and the financial benefit for the port and, roads and highways sector by carrying the goods is 'meager'.

President of the Chittagong Chambers of Commerce and Industry (CCCI) Mahbubul Alam told the FE on Sunday that the country will be financially benefited through transshipment of Indian goods, but the readiness of infrastructure has to be taken into consideration.

"Is our infrastructure ready to handle the goods?" he questioned.

Mr. Alam said the Chittagong port needs to enhance its capacity by building the Bay Terminal as soon as possible to handle growing trade.

"The inland container depots also need to raise their capacity," he added.