The securities regulator has imposed a two-year lock-in on Robi Axiata's shares which will be allotted to its employees.

The Bangladesh Securities and Exchange Commission (BSEC) has mentioned the lock-in period in its letter regarding the regulatory consent to the company's IPO (initial public offering) proposal.

The BSEC approved the country's largest ever IPO proposal on September 23 last considering the company's condition of allotting a significant number of shares to the employees.

As per the approval, Robi will allot 136.1million shares to its employees under the Employee Share Purchase Plan (ESPP) at an offer price Tk 10 each. 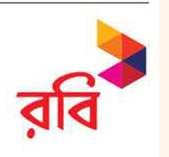 As per the existing rules, the three-year lock-in period on the shares of sponsors will remain unchanged.

In its consent letter, the securities regulator has also asked the company to allot shares to its employees on completion of public subscription.

As per the BSEC approval, Robi will raise a capital worth Tk 5.23 billion by offloading over 523.8 million shares at an offer price of Tk 10 each under the fixed price method.

The company will utilise its IPO fund for network expansion along with bearing the expenses of the public offering.

For same period, the company's net asset value (NAV) without revaluation stood at Tk 12.64 per share.

The company's weighted average EPS of five years is a negative value (Tk 0.13).

The BSEC officials earlier said they approved the IPO proposal of Robi having poor financials taking into account the company's future projection.

Besides, the listing of multinational companies was a long standing demand of the capital market.

IDLC Investments is working as the issue manager of the Robi Axiata.