RHD seeks Tk 22.31b for land acquisition only

It has sought approval of the project from the Planning Commission (PC) for completing necessary land acquisition before starting upgradation of the road.

After the land acquisition, the RHD will undertake another project to widen the existing two-lane highways into four-lane ones.

Meanwhile, the PC has made several observations on the project, and asked for some detailed reports regarding its impact on people and economy. 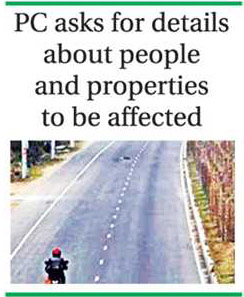 It has asked the RHD to recast the development project proposal (DPP) reflecting the possible losses of people and properties as well as their rehabilitation costs.

According to the project proposal, the RHD would spend Tk 22.02 billion, 98.70 per cent of the total Tk 22.31 billion cost for land acquisition alone, Tk 273.1 million for utility shifting, Tk 13 million for concrete guidepost, and Tk 30 million for land survey.

A senior official of the RHD, requesting for anonymity, said the proposed road upgradation is very much important, as the traffic volume is increasing day by day on the corridor.

"We will complete the acquisition work by June 2021," he added.

When asked about the huge land acquire cost, the RHD official said since there are some growth centres and towns beside the roads, the land acquisition cost is high.The cost was estimated based on local land price, as provided by the local Deputy Commissioner (DC) offices in Magura and Jessore, he noted.

An official of the Ministry of Road Transport and Bridges said the land acquisition cost for the 55-km road is really high.

"But as the road connections between the Mongla seaport and the Benapole land-port, and between the south-western region and capital Dhaka are important, we have recommended the project," he added.

An official of the PC said the land acquisition cost for the 55-km road seems high.

"We have scrutinised the project. We've asked the RHD to submit details about the people and properties to be affected by it and their rehabilitation plans."

"Besides, we have also asked for giving details about the extended cost for pavement reconstruction when the roads would be widened," the official added.