No conflict with Myanmar, she says 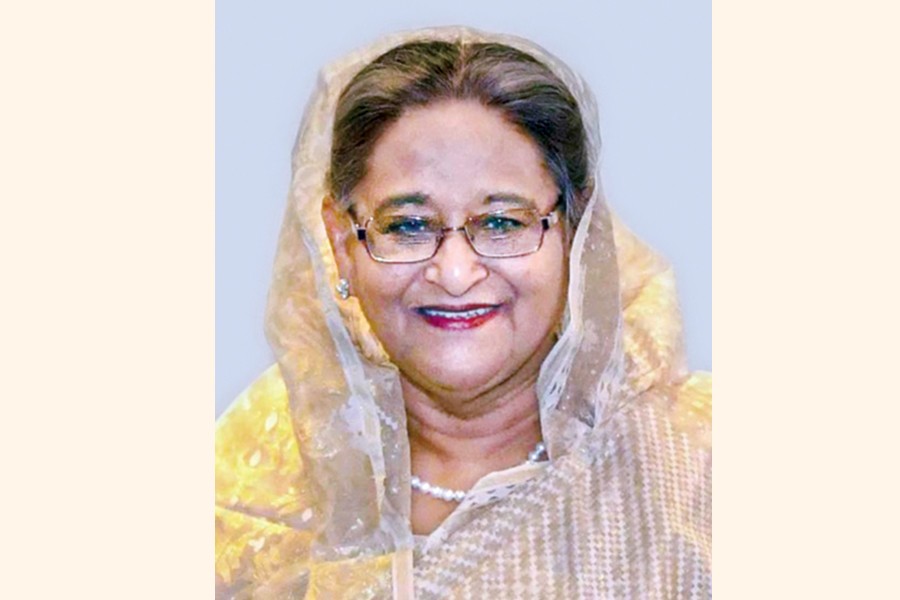 Prime Minister Sheikh Hasina on Thursday said Bangladesh will keep up its efforts to repatriate displaced Rohingyas through negotiations, not engaging in any conflict with Myanmar, reports UNB.

"Since they (Myanmar) are our close-door neighbours, We'll never engage in any conflict with them (Myanmar). Rather we'll have to continue efforts so that they'll take back their nationals through negotiations," she said while visiting the Defence Ministry in the city.

She further said,"We didn't go to engage in any conflict with Myanmar. We have discussed and signed agreements with them. Our aim is to send them back to their country through dialogues."

Sheikh Hasina, also Defence Minister, asked all the authorities concerned to discharge their responsibility according to the goal.

The Prime Minister, however, underscored the need for having a strong defence system to give a befitting reply to safeguard the country's independence and sovereignty in the case any attack by anyone.

"We want a peaceful environment. But if anyone attacks us, we'll have to have this preparation always so that we can give a fitting reply to the attack and protect our independence and sovereignty," she said.

"We'll not engage in any war with anyone. We don't want any war. We want a peaceful environment with all, she said adding that Bangladesh's foreign policy adopted by Father of the Nation Bangabandhu Sheikh Mujibur Rahman is 'Friendship to all and malice towards none.'

The Prime Minister said Bangladesh has proved that it can face any natural and manmade disasters.

Noting that Bangladesh has the capacity to face any natural or manmade disaster, the Prime Minister said, "We can face any situation. We've proved that."

She put emphasis on developing the defence forces with newer and modern technologies alongside providing modern training to the officials to keep pace with the modern world.

The armed forces have been developed with the latest tools and technologies through imparting necessary training, she said.

About maritime boundary disputes, the Prime Minister said it was a tough task to win the cases against India and Myanmar at international courts maintaining good relations with the two friendly countries.

She noted with satisfaction that it had been possible only because all concerned in Bangladesh worked with sincerity, responsibility and dutifulness.

Hasina said Bangladesh has already been recognised as a developing country and all will have to work with integrity and sincerity to maintain the trend of the progress.

The Prime Minister visited the ministry as part of her regular tours of different ministries after the formation of her government for the third consecutive term in January last.