Waiver to pvt power producers until 2034

The government has halved source tax on cash incentives for traders in order to facilitate export-oriented sectors.

From now on, exporters will enjoy 5.0 per cent tax rate on cash subsidy instead of 10 per cent.

The Internal Resources Division, IRD, under the Ministry of Finance issued a statutory regulatory order on January 02. 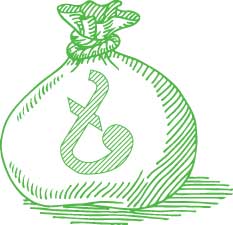 The tax has been slashed following demand from the exporters representing all sectors.

In the budget for fiscal year 2019-20, the National Board of Revenue (NBR), increased the source tax on export cash subsidy to 10 per cent from 3.0 per cent.

After the tax hike, exporters from all sectors requested the government to bring it to the previous level or waive it.

Exporters said they are losing competitive edge in the global market owing to the increased taxes.

"Cash incentives should not be subjected to tax. We have demanded either reducing the tax to 3.0 per cent or waiving it," he said.

Meanwhile, in another order dated January 09, the NBR has extended tax holiday facility up to 2034 for private power producers to encourage investment in the sector.

Power producing companies will be able to enjoy the facility upon commencing commercial operations over the next three years.

In the order, the NBR has offered five types of tax benefits for 15 years, except for coal-based units, to the private power companies.

However, the tax benefit will be valid for power producers who will start commercial operations between January 02, 2020 and December 31, 2022.

Income tax holiday and other tax benefits were applicable only to the power companies, which came into commercial operations by December 31, 2019.

The NBR issued the fresh order as the tenure for commercial production expired.

According to the order, the private power producers will be exempted from the payment of income tax up to December 31, 2034.

They will also enjoy tax waiver on payable interest against foreign loans, on royalties, technical know-how and technical assistance fees and capital gain to be derived from the transfer of shares.

Foreign employees will also enjoy income tax exemption for three years from the date of their arrival in Bangladesh.

The NBR extended the benefits following recommendation from the Power Division of the Ministry of Power, Energy and Mineral Resources.

The division requested the NBR to keep prices of power lower at the consumers' end.

Currently, a total of 32 private power plants are under implementation at the moment and the plants are scheduled to come into operation by 2027, officials said.

However, there was another tax incentives package of income tax exemption at gradually reducing rates for 10 years for the power plants, which would come into commercial operation between January 01, 2020 and December 31, 2024.

In a separate order dated January 09, 2020, the revenue board said that the tax benefits for 10 years at gradually reduced rates, another existing tax benefit, would be applicable to power plants that would come into operation from January 1, 2023.

Power plants will enjoy the full exemption from payment of income tax in the first five years of commercial operation, 50 per cent in the sixth, seventh and eighth year and 25 per cent in the ninth and 10th year, they said.

In 2013, the NBR first offered the tax holiday benefits for private power plants, except for coal units, with a condition for starting commercial operations by December 31, 2014, and 10 years tax exemption at reduced rates for plants with commercial operation from January, 2015 and afterwards.

The tax collector has extended the deadlines several times since then to encourage power sector investment.