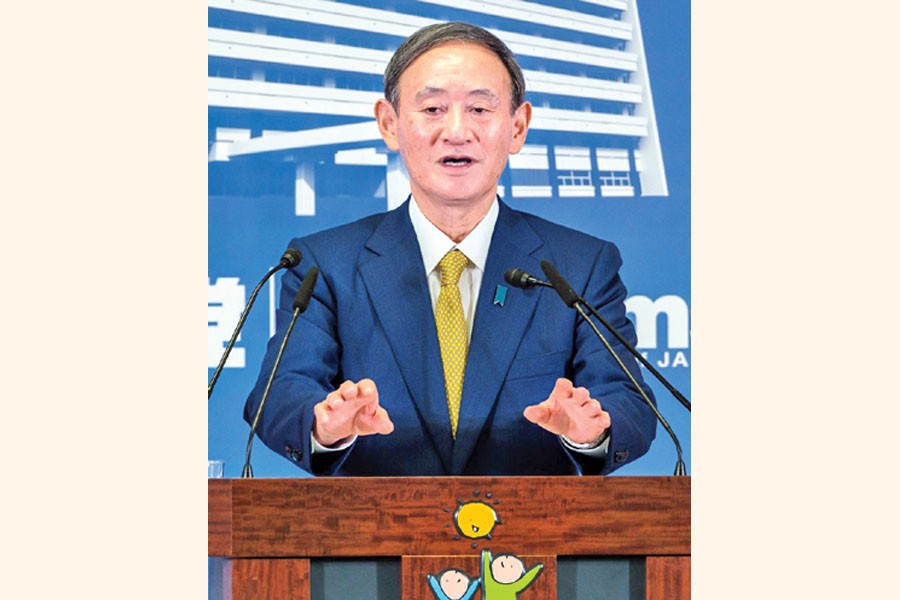 Suga, 71, Abe's longtime right-hand man, has pledged to pursue many of Abe's programmes, including his signature "Abenomics" economic strategy, and to forge ahead with structural reforms, including deregulation and streamlining bureaucracy.

"On behalf of the government and people of Bangladesh and my behalf, I would like to extend our heartiest congratulations and warmest felicitations on Your Excellency's appointment as the Prime Minister of Japan," Sheikh Hasina said in the message.

"Your (Yoshihide Suga) election is the testimony of your dynamic leadership, tenacity, and trust by the ruling Liberal Democratic Party (LDP) and the people of Japan," she said.

The prime minister said: "The people of Bangladesh join the friendly people of Japan at this august moment to appraise your pledges in keeping a good balance between fighting the coronavirus pandemic and promoting economic activities.

"The people of Bangladesh also values to carry out your visionary policies relating to the welfare of the Japanese people, and positive gesture towards regional and international peace," she said.