An updated blueprint for progress 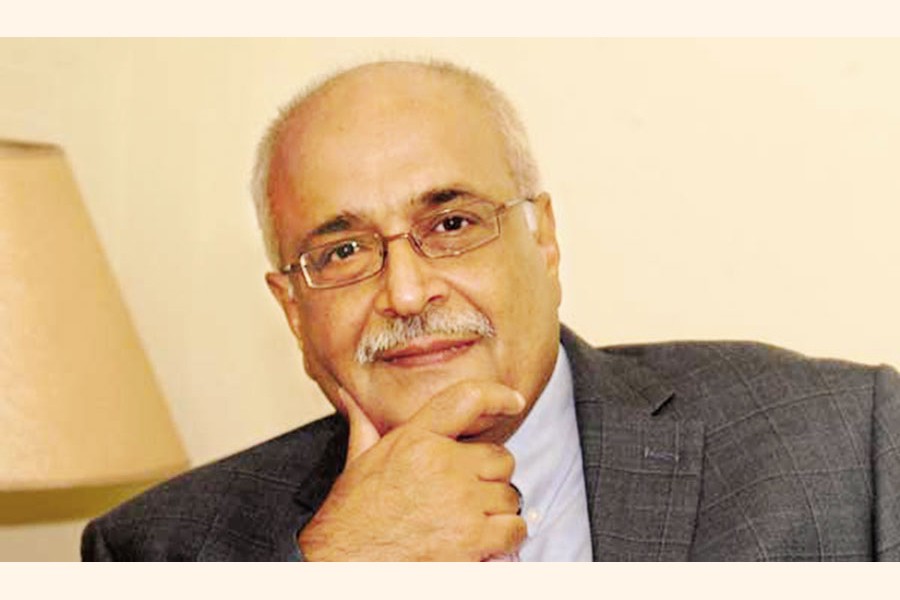 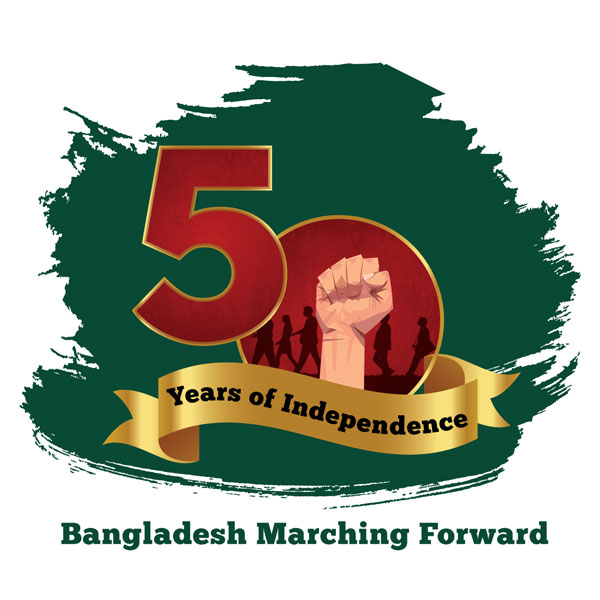 The country's notable achievements in the last 50 years would be fragile and frugal unless it addresses youth employment issues along with growing socio-economic inequalities as well as concentrate on structural and institutional reforms, said Dr Debapriya Bhattacharya in an interview to the FE.

The distinguished fellow of the private think-tank Centre for Policy Dialogue (CPD) has focused on the challenges, opportunities and suggested way-outs to attain a sustainable development of the country.

FINANCIAL EXPRESS (FE): What were the challenges faced by Bangladesh in the wake of independence 50 years back?

Debapriya Bhattacharya (DB): After passing half a century, first and foremost achievement that comes to my mind is how Bangladesh has beaten the initial pessimism about the country's viability and prospect. There were questions regarding capability of the country to feed a large population; it was a nation with no revealed sources of energy and natural resources. We did not have anything to export other than some jute goods. The country's economy was denuded by the Pakistani rulers and was left with no foreign exchange reserve and all the airplanes were taken away. Hundreds of bridges were demolished during the war of independence. We did not have any institution worth its name. And there were 10 million refugees returning to the country.

Fifty years back, it was a war-ravaged economy facing the dire challenges of rehabilitation and reconstruction. We not only did an effective economic reconstruction and recovery in the first half of the 1970s, but since then - not withstanding all hurdles - have surged forward.

FE: Was not the international community also at the beginning skeptical about the Bangladesh's development prospect?

DB: Of course . . . The international community at that time maintained that Bangladesh did not have any geo-strategic advantage and the global powers would be hardly interested in the prospect of the country. We are all aware of the book titled Bangladesh: A Test Case of Development by Just Faaland and J.R. Parkinson it was maintained that given the country's circumstances, as mentioned above, if development could be made successful in Bangladesh, then development will succeed anywhere in the world.

And here we are after 50 years having addressed - in the face of many ups and downs in the nation building process - almost all the disadvantages mentioned by our the then benefactors. Now we are capable of feeding more than double population we had at the time of independence; our food production has more than trebled in this period isn't by itself a very spectacular achievement.

Regarding availability of natural resources and energy issues, Bangladesh is having more than necessary capacity to meet its domestic electricity demand and getting involved in sub-regional energy trade. In case of foreign exchange earning, jute and jute products are a distance three in the export basket, apparel export has achieved a towering success. Its with great pride we note that every second shirt worn in this world is sourced from Bangladesh. This success has been secured confronting the discontinuation of Most Favored Nation (MFN) facility, challenges of child labour issues and now the COVID impact. In between, we have opened up the global services market; remittances sent by our almost 10 million migrant workers have become the single largest net source of the country's earnings.

Regarding the country's geo-strategic value, it would not be exaggeration to say 'currently Bangladesh figures prominently in the political and peace deliberations of all super powers - regional or global. This is over and above the developmental and market considerations.

It may be observed that we have possibly left behind most of the countries -- with similar initial endowments -- in the last five decades.

FE: What indicator would you pick to drive home the message of our post-independence developmental success?

DB: More than 10 times growth of Bangladesh's per capita gross domestic income since independence is usually the most cited success indicator. We also often mention the feat of reducing the share of poor people by one fourth since independence. However, I reckon one of our most remarkable achievement is reflected in the life-expectancy at birth. In late mid-70's, we used to live, on average around 47 years, the comparable figure for today is 72 years. This figure is higher than that of the global average. This is a phenomenal success.

We have achieved this tremendous success despite our miniscule public expenditure on health, marginal spending on education and with almost no social security. Contributions of the NGOs, alongside the government, had been instrumental, particularly in expanding child immunization and reducing neonatal mortality. The flip side of this success, of course, is the challenge of looking after an aging population.

Thus, I would pick our unprecedented growth in average life expectancy at birth as a synthetic and collective attainment of our post-independence journey.

FE: A related question in this connection would be, is the country being able to take advantage of its demographic dividend?

The reported economic growth of Bangladesh was not the result of utilisation of our demographic as it did not result in commensurate employment growth. Curiously the much vaunted GDP growth figures were underpinned by not only absence of employment generation, but also by shameful absence of incremental private investment and scandalously low tax collection.

The major victim of this developmental tragedy had been our educated youth. While, on average, every fourth youth remains unemployed in the country; in case of educated youth the comparable figure is higher- one in every three tends to be without Unfortunately, returns to education had been pretty low in our country due to our weak education system. Young people are often coming out of the universities without marketable skills. Our analysis of labour market data shows that anybody with education beyond 12th class is at a higher risk of remaining unemployed. Many are literate, but not educated.

On the other hand, due to low level of private investment, inadequate number of jobs are being created for the educated youth. In short, existence of a large number of unemployed educated youth is a visible fault line of our demographic dividend scenario. You may have also noticed that female labour force is now going largely to the informal sector due to "push effect", This means that the women are not getting decent jobs too.

FE: Some educated youths are leaving the county and established themselves in the key positions in other country. Do you consider this as a 'brain drain'?

DB: Arguably, our youth in general are one of the most competent, intelligent and entrepreneurial young people in the world. Many of them are also proving their worth globally. While we are proud of them, they constitute a very small portion of the overall youth community in Bangladesh. We are talking about millions of job-less educated young people living in rural and peri-urban areas.

It is not that our youth would not explore global opportunities, but we should encourage circular migration. We need to create enabling environment for the young members of our diaspora so they can share their acquired skills also in the country.

Further, we need to have a shift in our mindset and value system so that we can go for vocational and on-the-job apprenticeship - more like the German system. The government may offer tax incentives for generating additional employment. We need to be mindful that "disengaged" youth are more prone to drug addiction, militant ideas and mental fatigue.

FE: So what are the immediate doables in this regard?

DB: We need to be a bit more innovative in dealing with our demographic dividend. We need to improve the quality of our labour, i.e. enhance its productivity.

We are hiring foreign experts due to dearth of competent mid-level management professionals. Entrepreneurs are complaining that they are not getting required number of employable professionals from local sources.

We need a new version of "Employment Exchange". To that end, we should urgently create a data-base of the unemployed educated youths. All the job-seeking young people may register themselves giving details of their National Identification Number, education level, skills, experience and salary expectations. The potential employers, for a fee, would access this data set to locate and hire employees. This would be a regular market clearing mechanism.

The Citizens Platform for SDGs, Bangladesh is working on this at this moment and exploring whether an app may be developed for the purpose.

I also think that it is time that we consider introducing an unemployment allowance for the youth. Launching such a social security scheme would demand allocation of budgetary resources and institutional innovation. Adaptation of information technology can play a defining role in this proposed venture.

FE: What else to be done to make our successes sustainable in the face new challenges?

DB: The achievement of the country is still very frugal and fragile. We have seen some countries have lost out their achievements due to social conflict, terror attacks and natural calamities. In addition, we now have the pandemic!

Accordingly, we cannot take our current success as given. We need to do work purposefully and resultatively in order to make attainments sustainable.

Institutional and structural reforms are the order of the day. The COVID pandemic has really exposed our soft underbelly in this area.

Constructive critics like us had been pointing out that the country will not be able to sustain as middle income economy with investing only two per cent of GDP on education, around one per cent of GDP on healthcare and about one percent of GDP on social security (leaving out pension payment to government employees).

Population belonging to the emerging middle class in Bangladesh has no social protection system. It is time that we phase in a universal pension scheme. The impact of the pandemic has cruelly revealed the helplessness of our lower middle class people.

For the government to spend more money on human development and social protection, it would need to radically enhance revenue collection by plugging evasion, leakage and capital flight.

At the same time, the government has seen the limits of distribution of COVID incentive package through a dysfunctional banking system and weak local government structure.

DB: We have had an unequal and non-inclusive economic growth during the last decade. Further, due to the pandemic, poverty as well as inequality has experienced uptick.

The "left behind people" in Char, Haor and coastal area should get the due policy attention and resource allocation. The Adivasis, physically challenged people and other non-mainstream population should get priority. In terms of Gini-coefficient, we were near the danger level, scoring 0.48, as experienced by the Latin American countries. That is one of the critical signs of the "middle-income trap".

Dealing with consumption, income and asset inequality is not a normative ideological issue. Lesser the amount of money in the hand of the poor people, the lesser you will be able to sell your products to them. It's a question of creating aggregate demand for the domestic market.

Policy makers are in a denial syndrome regarding the lack inclusive character of our economic growth. They often repeat the defunct theory that, in the early days of development, inequality will rise and will eventually come down later. Some out of total misgivings suggest that that we need to develop first and have democracy later.

These people have very poor understanding about the new global consensus about Sustainable Development Goals (SDGs). They particularly need to take note of Goal 16 which lays out the role of institutions in protecting citizen's rights.

In the near future, the sustainability of development process will be underpinned by our ability to reduce multi-dimensional inequality as well as by our revealed commitments towards ensuring civic and democratic rights. I trust that the future will not fail us.