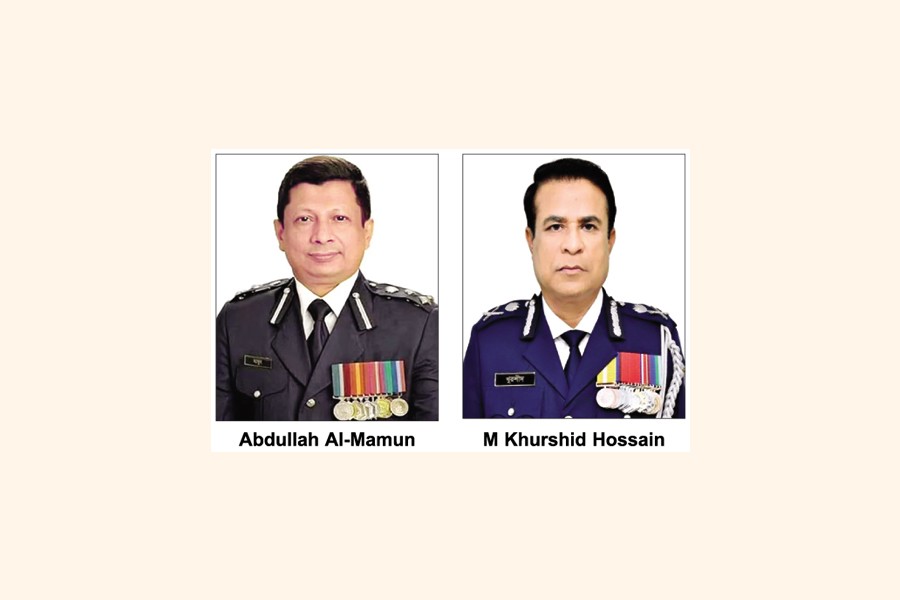 M Khurshid Hossain, an additional IGP, will succeed Al-Mamun as the RAB chief, the government announced on Thursday.

Benazir had worked as Dhaka Metropolitan Police Commissioner before joining the RAB as its director general in 2015. He led the elite police force for around four and a half years before his appointment as inspector general in April 2020.

He made headlines at the end of last year, when the US imposed sanctions on the RAB, Benazir and six other officials, citing 'serious human rights abuses' by the agency.

The government has been trying to have the US withdraw the sanctions, citing the achievements of the elite force in countering terrorism, but the US maintained the RAB must show improvement in human rights issues, such as reports of extra-judicial killings and torture in custody.

Raising questions about the sanctions at an event in New York, Benazir said, "They [the US] alleged that 600 people have gone missing under the RAB's watch since 2009. But I joined the force in 2015. So why am I included in the list?"

"I don't want to blame the US administration or Americans because this was done by those who did not support Bangabandhu [Sheikh Mujibur Rahman] in the 1970 elections and opposed the Liberation War of 1971."

Al-Mamun was also among those on the US sanction list.

The native of Sunamganj headed the Criminal Investigation Department before joining the RAB.

Like Benazir, Al-Mamun also worked in the United Nations peacekeeping missions. Al-Mamun was posted in Bosnia-Herzegovina, Liberia and Darfur.