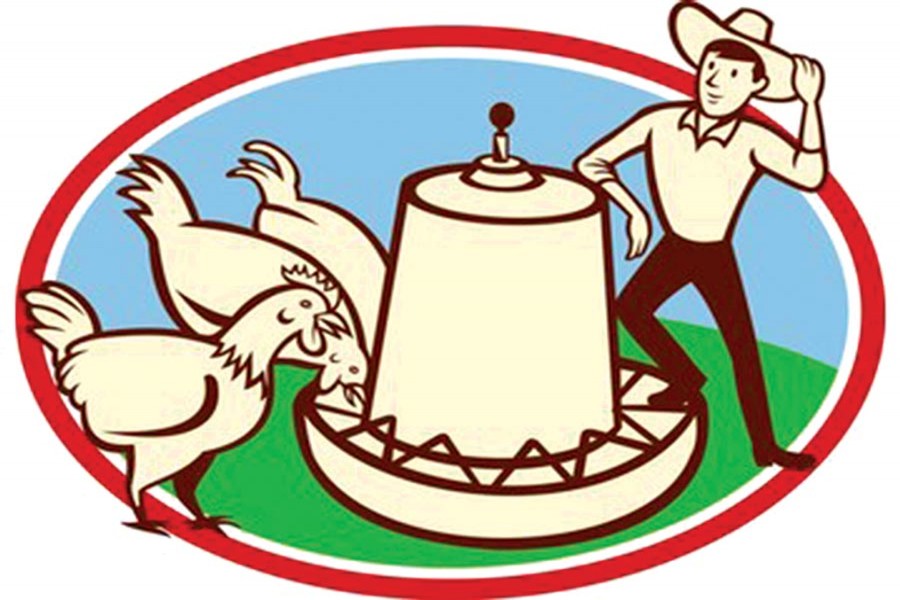 Bangladesh is going to export poultry feed for the first time, with the first shipment set to leave for India early next year, officials said on Monday.

Industry insiders said a local company, NOURISH, will send the consignment of poultry feed to the northeastern states of India early next year.

"We are almost ready to export our product to the Indian market for the first time. Initially, over 100 tonnes of high quality poultry feed will be shipped to India," said Shamsul Arefin Khaled, director of the leading poultry company NOURISH.

"We have completed all the negotiations with some poultry feed suppliers in the northeastern states of India. They will import and market our products inside their territory."

"We have a plan to send some 2,000 tonnes of poultry feed a year which will be expanded gradually year-on-year," Mr Khaled, also the President of the World's Poultry Science Association-Bangladesh Branch (WPSA-BB), told the FE.

"Our feed mills have already started production maintaining all the bio-security and world-standard practices. We will soon start exporting the poultry feed to India," he added.

"We have also targeted Myanmar, Malyasia and the Middle East markets along with the Indian seven sisters (seven northeastern states) as possible export destinations," he said.

Mashiur Rahman, owner of a leading poultry industry Paragoan Group, said they were trying to maintain all the good management practices at their factories and farms, eying to export the products, including feed, eggs and meat and processed food.

"Some other local companies are also trying to mange Halal certificate of their products so that they can go to overseas market," said Mr Rahman, also the President of the Bangladesh Poultry Industries Central Council (BPICC).

He further said many factories and poultry farms were maintaining strict bio-security and international-standard management practices not only for local markets but also for overseas markets.

The BPICC president said a few local companies would be able to export their products to overseas markets, including India, Mymanmar, Malaysia and Gulf countries.

"The Halal food are very popular across the globe, including Malaysia and Middle Esat countries, at this moment.

Dr ABM Khaleduzzaman, Assistant Director of the Department of Livestock Services (DLS) told the FE that it is a good news for the country that Bangladesh's poultry products are going to overseas market.

"Some leading companies are maintaining international-standard practices at their factories and farms. It will help them get certificates from different countries to export their products," he added.

Mr Khaleduzzaman said they were preparing guidelines and updating poultry policy so that the local industry could meet the protocols of the World Organisation for Animal Health (OIE).

"It will help the local industry get international certificates for the export."

If the government work together with the local poultry industry to establish good management practices and provide some tax benefits for becoming competitive and improve capacity of the Chittagong seaport, poultry industry will be able to start exporting their products within a short period, he said.

They had already started production maintaining higher bio-security and international good practices, he told the FE.

According to the poultry industry, the size of the local business is worth about Tk 250 billion, creating 20 per cent of the jobs. Its contribution to the Gross Domestic Product is nearly 2.4 per cent.