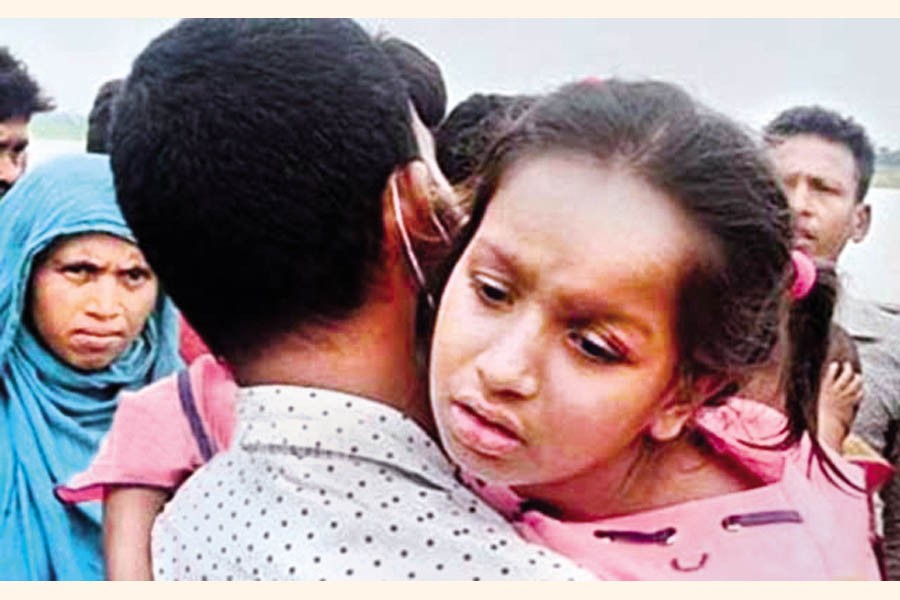 After losing her parents and two sisters in a boat crash on the Padma River in Madaripur, grief is the only thing left to nine-year-old Meem, reports bdnews24.com.

Quiet, staring blankly at the people around her, the orphaned girl was at her family's ancestral home at Parokhali village in Khulna's Terokhada Upazila on Tuesday morning.

A speedboat carrying Meem, her family and over two dozen others crashed into a sand-carrying vessel in Madaripur's Shibchar on Monday. Rescuers recovered the bodies of 26 people after the accident.

Meem was rescued along with five others after the disaster. Like another survivor, Aduri Begum of Faridpur, Meem and her family were on the way to their ancestral home for the funeral of another family member, Meem's grandmother.

Aduri lost her husband and child in the tragedy as they were heading to Faridpur for the funeral of her mother.

Meem was injured in the accident and was first taken to Shibchar's Panchar Royal Hospital for treatment. Once she recovered, she was brought to Dotara Government Primary School to identify her parents and sisters. She broke down in tears when she learnt she was the only survivor from her family.