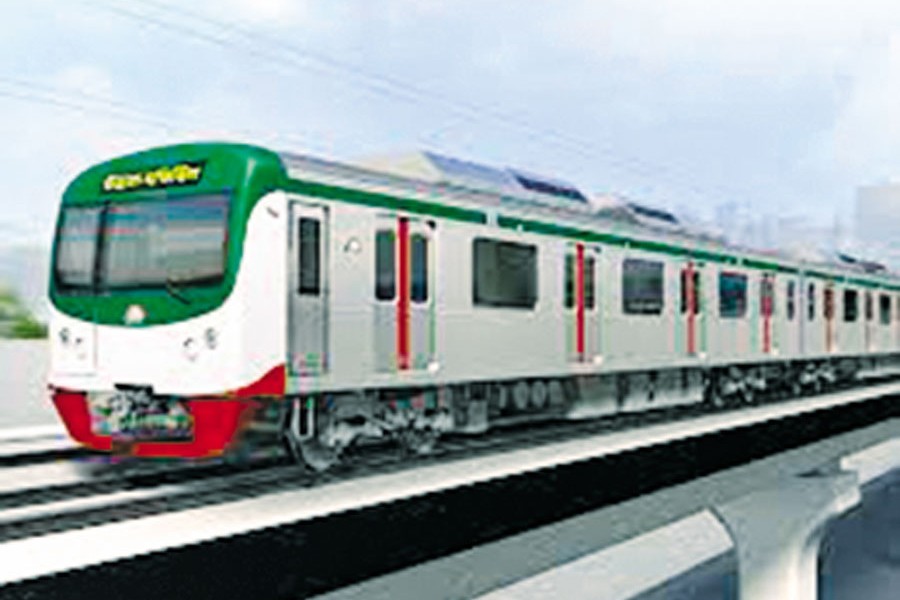 Dhaka metro-rail company is likely to award the construction works on an extended part of the Mass Rapid Transit line 6 (MRT 6) to any of the already-hired contractors to save the time of tendering process.

Official sources say as the construction of the first metro rail in the city's Uttara-Motijheel line has got momentum, option has been explored to select the contractors from existing ones to reduce the time of tender process to start the work on Motijheel-to-Kamalapur section without delay.

After the decision was made to extend the MRT 6 from Motijheel to Kamalapur rail hub last year, Dhaka Mass Transit Company LTD (DMTCL) completed the feasibility study to find the right way.

A source said the construction of the extension part could be started now even though detailed design is not completed.

Four contractors, mainly joint ventures of companies from Japan, Thailand, China and Bangladesh, have been working in developing 20.1- km elevated structures, including viaducts and 16 stations, from Uttara to Motijheel under four packages.

More than 70-per cent works of the line have been completed according to the progress report of September.

"We are in discussion with all of them. If they show interest and their offers found acceptable, work from Motijheel to Kamlapur station will start soon as variation," said DMTCL Managing Director MAN Siddique.

He also said DMTCL is exploring this option abiding by the public procurement rule.

But, he said, the company may go for tendering if the proposal from the existing contractors is not accepted.

However, sources said, discussion with the contractors is at an initial stage.

Though the social study, household survey, land-acquisition plan, resettlement plan as well as environmental- impact assessment were completed, they added, DMTCL has yet to complete the land acquisition and permission to use the road.

As the MRT last station will be set up on the road in front of the Kamalapur Rail Station, Dhaka South City Corporation is yet to hand over the land to DMTCL.

The MRT 6 has been planned to open the first half of 20km line end of 2022 as part of its early commissioning plan of the country's first metro- rail corridor.

Ital-Thai Development Public Company Limited of Thailand is constructing the first 11.71-km line from Uttara to Agargaon under package 3 and 4. It has completed 84.58 per cent of works.

Of the rest, 98.75 per cent of works from Agargaon to Kawran Bazar have been completed under the contract package 5 which was awarded to Tekken-AML-Abenikko JV-Tekken Corporation of Japan and Abdul Monem Ltd of Bangladesh and AB Nikko Kogyu Co., Ltd.

Works on Kawran Bazar-to-Motijheel is part recorded 74.48 per cent, which is also developed by joint venture of Sumitomo Mitsui Construction Co., Ltd of Japan and Italian-Thai Development Public Company Ltd.

DMTCL has been implementing the Tk 220 billion MRT line-6 construction works since 2016 after signing contracts under eight packages.