No one can stop development: PM

'Countrymen have no alternative to boat' 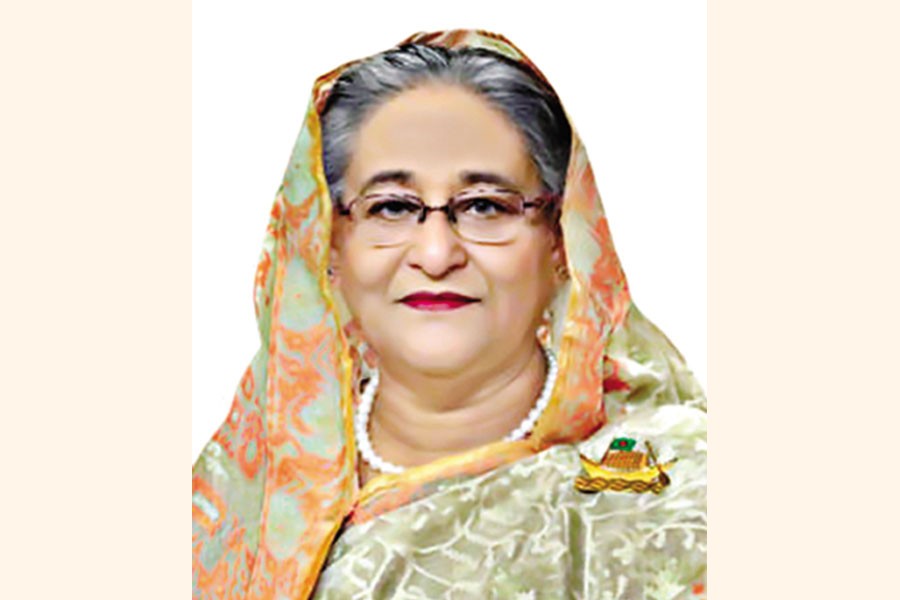 Prime Minister Sheikh Hasina on Thursday said that no one can stop Bangladesh's march towards development if the country is run in accordance with the plans formulated by the ruling Awami League, reports UNB.

"If the country goes with these plans no one will be able to restrict the forward march of the country. This is my firm believe." she said speaking in parliament at an unscheduled discussion on the occasion of the 73rd founding anniversary of Awami League.

The Leader of the House said that the AL government has formulated the plans to transform Bangladesh into an advanced country in the future.

She mentioned that her Awami League government has adopted the Delta Plan 2100 and formulated plans to make the country prosperous and developed one by 2041.

"If AL continues in power to serve the people, Bangladesh will surely be a developed and prosperous country in future," She said.

Hasina said that AL means Bangladesh's independence, attainment of the right to speak in mother tongue, developed and Golden Bangladesh. "The birth of Awami League was for a special reason," she recalled.

"AL is the organisation of the people of Bangladesh. The AL always waged movement for the oppressed and neglected people of the country. For this many AL leaders and activists laid their lives," she added.

The PM said that the leaders and activists of AL are always beside the people of the country in any calamity.

Hasina said that Padma Bridge has been built with the country's own resources.

"Like this way Bangladesh will be advancing and it will never be dependent on others and never to beg to anyone. With its own dignity Bangladesh will raise its head in the world arena," she added.

BSS adds: Sheikh Hasina said the people of the country have no alternative to "boat" as her party is working to change the fate of the masses since its inception.

"They (countrymen) know that boat is an election symbol of the Awami League and people have no other option except boat. --- AL has come to power not to build its own fate rather to make lot of people," she said.

She said this while presiding over a meeting marking the 73rd founding anniversary of the AL held at 23, Bangabandhu Avenue in the capital, joining virtually from her official Ganabhaban residence here on the same day.

The premier said that all the achievements of Bangladesh including independence and prosperity have come at the hand of the Awami League.

She added: "The Awami League has been working for people's welfare since its inception. The party has not only given the people the independence of the country, but also is reaching the fruit of independence to every doorstep."

She said her government has given electricity to every house and is working to bring every person under a housing scheme as none would remain homeless and landless in the country of Father of the Nation Bangabandhu Sheikh Mujibur Rahman.

The premier heavily criticised the BNP leader for their demand to stop the grand opening celebration of the Padma Bridge on the plea of flooding.

She said their party (BNP) has yet to stand beside the flood affected people while the government has already mobilised all its resources to give every support to the flood-hit people since the day one.

Bangladesh Awami League was formed on this day (June 23) in 1949, which later transformed into the biggest political party of the country to lead struggles of freedom, the War of Liberation and all democratic movements.