Over 200 dengue cases daily since August 1 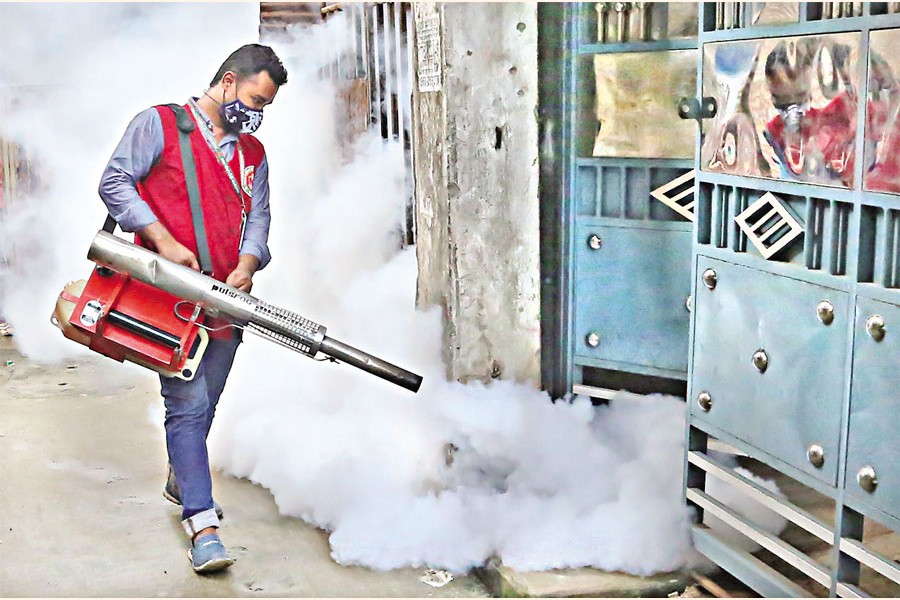 A city corporation worker using a fogger machine to spray drains with insecticide in Shajahanpur area on Thursday to check the breeding of Aedes mosquito, the carrier of dengue virus — FE photo

A total of 218 fresh dengue cases were reported in Bangladesh in the last 24 hours till Thursday morning, reports UNB.

Since August 1, the country has been seeing over 200 dengue cases daily which are addingworries to the already overburdened health sector with Covid-19 patients.

Of the new dengue cases, 208 were reported in Dhaka while the rest from outside the capital, said the Directorate General of Health Services (DGHS).

According to the (DGHS), 1,055 patients are currently receiving treatment at different hospitals across the country. Of them 1,012 patients were reported to be admitted in Dhaka hospitals.

Some 3,901 patients have been admitted to different hospitals with dengue since January and 2,836 of them have been released after they recovered.

So far, 10 suspected deaths by dengue were reported to Institute of Epidemiology Disease Control and Research (IEDCR) but none of them has been reviewed and confirmed yet, said the DGHS.

Dengue fever was first reported in Bangladesh in 2000, claiming 93 lives that year. In the years that followed, the country learned to deal with the disease much better. The fatalities had almost fallen to zero at one stage, before surging again in 2018, leading to the severe outbreak the following year.