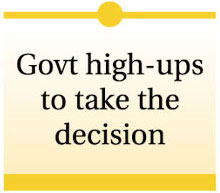 The Petrobangla has sought exemption from payment of taxes on import of Liquefied Natural Gas (LNG), as the entity is unable to adjust the refunds due to its subsidised selling prices of the fuel.

It said the receivable tax rebate of the state-owned entity becomes higher than its paid Value Added Tax (VAT) and Advance Income Tax (AIT), as it is supplying the gas at subsidised prices.

Currently, there is 15 per cent VAT and 2.0 per cent AIT on import of LNG.

Chairman of the Petrobangla A B M Abdul Fattah, in a recent letter to the National Board of Revenue (NBR), sought the exemption to comply with the existing VAT law.

He also requested the NBR not to scrap its claim for tax rebate that the company has already obtained.

Earlier, the NBR scrapped the tax rebate facility on import of LNG by the Petrobangla.

The Petrobangla has obtained rebate of advance paid VAT worth Tk 27.29 billion until October 2020, of the total Tk 33.84 billion of its receivables.

Also, VAT rebate of Tk 6.54 billion is under process that would be adjusted after collecting from consumers.

The Large Taxpayers Unit (LTU) under the NBR VAT Wing scrapped the VAT rebate facility worth Tk 10.07 billion from December 2018 to October 2019.

The LTU has issued a final notice to the Petrobangla in this connection, officials said.

In the letter, the Petrobangla chairman wrote that the entity could not adjust the paid 15 per cent VAT on import of LNG in the four tax-terms due to subsidised fuel prices at consumer level.

"The Petrobangla sells gas at a 'blended price', and collects VAT as per directives of the Bangladesh Energy Regulatory Commission (BERC)."

There is no scope to impose higher VAT separately beyond the BERC-fixed prices following the VAT law provisions.

On November 5, 2020, the LTU held a meeting with the Petrobangla officials regarding VAT rebate procedures, which is completely based on gas prices, he added.

In the meeting, the Petrobangla agreed that it would not claim any tax rebate until further decision of the government high-ups in this regard.

"Exemptions from payment of VAT at import stage will not leave any adverse impact on the revenue collection, as the Petrobangla will deposit the VAT to the public exchequer after collecting from consumers."

The Petrobangla has no scope to gain profit as per its business process, as the entity is following 'subsidised pricing formula' at consumer level, the Petrobangla chairman also noted.

It has been found that the Petrobangla has no tax liability due to not having profit, while income tax at LNG import stage remained as 'excess paid tax' to the public exchequer.

As a result, the Petrobangla is facing liquidity crisis that may disrupt the country's energy supply, he added.

As per the law, VAT is imposed at every stage of value addition, starting from procurement of raw materials to supplying to end users, and paid VAT on raw materials or inputs is adjustable with the payable tax.

VAT incidence will not go beyond the consumer-level rate on the sum of paid net VAT at every stage.

The authorities concerned are empowered to scrap the VAT rebate facility, if rebate claim exceeds the payable VAT at consumer level.

A senior official of the NBR said the value of LNG shrunk instead of addition due to its subsidised prices, so there is no scope to claim rebate of the paid VAT on inputs.

The NBR is not in a position to allow the VAT rebate or offer exemption, as proposed by the Petrobangla at this stage.

The official, however, noted that the decision in this regard will be taken by the government high-ups.

The Petrobangla sources said earlier they were not aware of the process of VAT collection or rebate claim.

The NBR official said actual receivable VAT went to the negative territory by Tk 5.51 billion after obtaining rebate, amounting to Tk 31.03 billion, from January 2019 to September 2020.

On the other hand, actual VAT liability of the Petrobangla on LNG dropped to 1.54 per cent instead of the ideal rate of 15 per cent for selling the fuel at a reduced rate with the government subsidy.

The Petrobangla imports LNG at Tk 31.53 per cubic feet. As per the agency's input-output coefficient, its value addition is Tk 4.45 per unit.

At supply stage, its VATable price should be Tk 35.98, whereas the state-owned entity sells LNG at Tk 4.45 per unit after conversion. The selling price of the fuel is much lower than its import price.

On the other hand, VAT at import stage is Tk 4.73, on which the Petrobangla is claiming the rebate.

After obtaining rebate of the import stage VAT, the NBR's VAT collection from LNG import declined by Tk 4.175 per cubic feet, as per the LTU data.