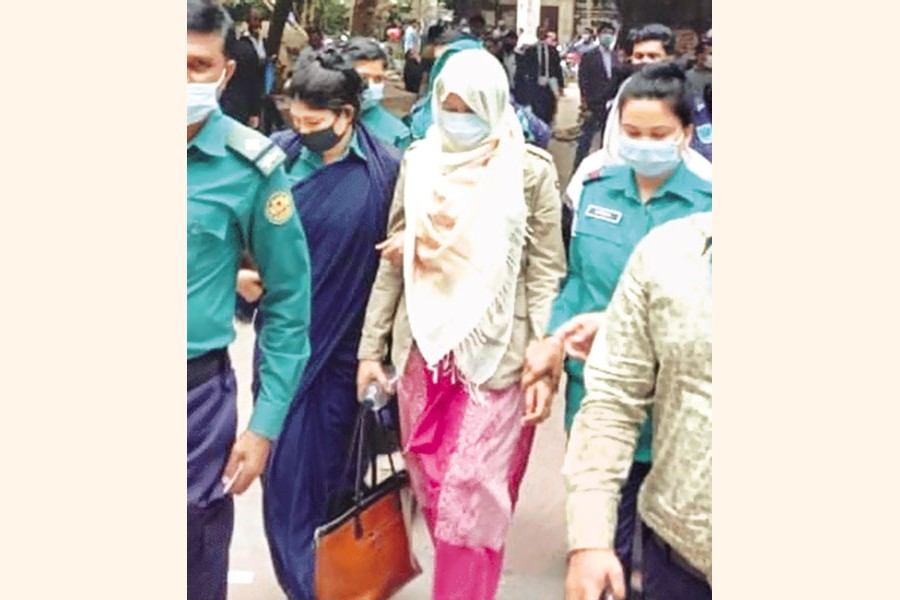 Following the arrest, Abantika was produced before the Judge's Court where Senior Special Judge KM Imrul Kayesh granted a three-day remand for the ACC to interrogate the arrestee.

He said, "Ms Baral's involvement in illegal wealth accumulation and money laundering was found during investigation into a graft case filed against PK Haldar last year."

The national anti-graft body filed the case against former managing director of NRB Global Bank Ltd PK Halder on charges of gaining illegal wealth worth over Tk 2.75 billion on January 8, 2020.

Ms Baral was summoned by the ACC on December 29 last year for questioning as part of investigating the graft charges against PK Halder but she did not show up.

On January 04, close associate of Mr Halder, Shankha Bepari, was arrested as his involvement was found in the graft empire of PK Halder.

On January 05, High Court issued a travel ban against 25 associates of Mr Halder, including his mother Lilaboti Halder.