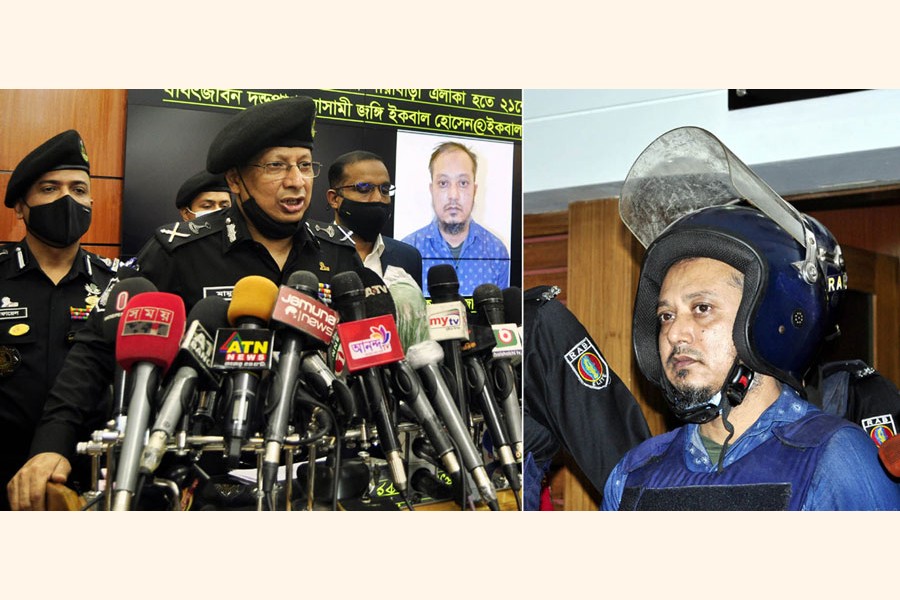 Iqbal alias 'Jahangir' alias 'Selim' had taken into custody after a raid in the Diabari area of the capital around 3 am on Tuesday, RAB's Director-General Chowdhury Abdullah Al Mamun said on Tuesday during a media briefing at the elite force's media centre in Karwan Bazar.

The RAB raided the area based on the information given by the National Security Intelligence.

"Iqbal was found on the street," Mamun said.

"He had served as a representative of JCD on the student council at Govt KC College in Jhenaidah in 1994. He went to Malaysia after passing the HSC exams and lived there as a migrant worker from 1995 to 1998," he added.