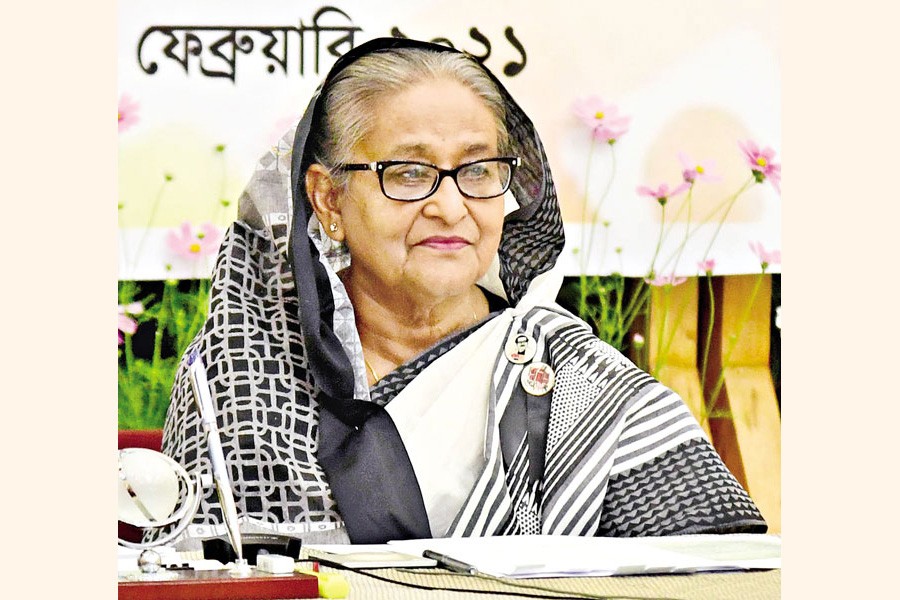 Prime Minister Sheikh Hasina on Monday said the struggle for freedom had started through the Language Movement while it completed its journey with the attainment of independence when the nation won its victory, reports UNB.

"The blood of our martyrs did not go in vain and it'll never be, and that is the proven truth. We gained our independence in exchange for the blood of millions of martyrs," she said while virtually addressing a discussion meeting marking the Martyrs Day and International Mother Language Day from her official residence Ganobhaban.

PM Hasina, also the chief of the ruling party, vowed to make the hard-won liberation meaningful.

"We'll deliver the results of the independence to all doors, this is our promise," she said.

She mentioned that the essence of development of the government is to provide basic rights, food, cloths, homes, treatment and education, for all people starting from rural areas.

"We're taking our plans from there, we're working accordingly so that Bangladesh can get rid of hunger and poverty, and become the Bangladesh that was dreamt by the Father of the Nation, [so that the] people of the country can make their lives meaningful, developed and prosperous," she said.

Sheikh Hasina put emphasis on protecting the country's own culture and tradition.

"Language Movement was not just a movement for language, it was the movement for our overall attainment as Bengalee nation, he (Bangabandhu Sheikh Mujibur Rahman) did that and we have to move forward maintaining it," she said.