Three wind power plants up for bidding to produce 150 MW 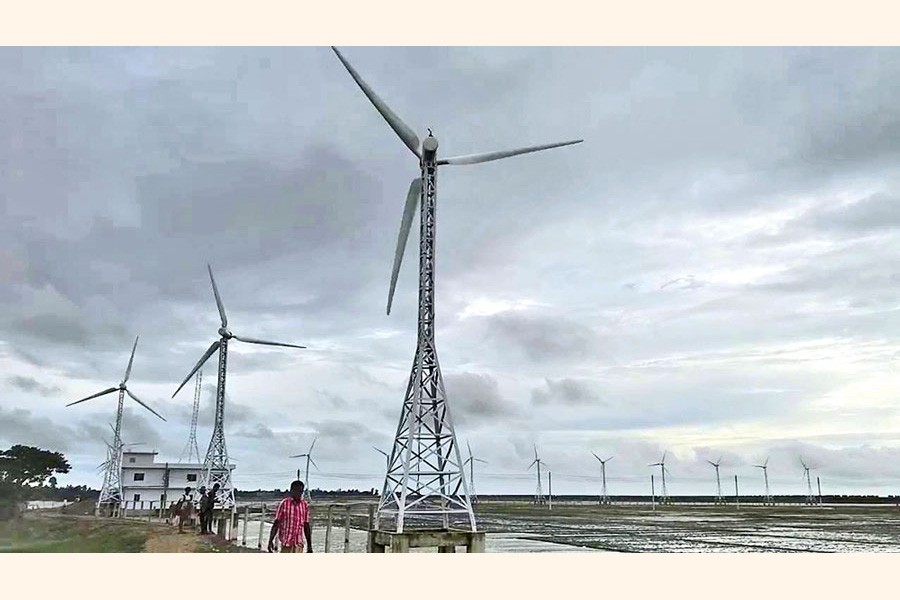 The government has moved to set up three utility-scale wind power plants as part of its efforts to enhance electricity generation from renewable energy sources, officials said.

The grid-connected wind power plants, each having the capacity to produce 50 megawatts (MW) of electricity, will generate a total of 150 MW of electricity.

The Bangladesh Power Development Board (BPDB) has already invited bids from international participants to install the power plants on the build, own and operate (BOO) basis for 20 years.

The power plants will be built in Kachua of Chandpur, Mongla of Khulna, and Inani beach in Cox's Bazar.

Mohammad Alauddin, joint secretary of the Power Division, told the FE that a wind-mapping exercise was conducted in Bangladesh with financial assistance of the US National Renewable Energy Laboratory (NREL).

The study found nine places in the country suitable for setting up wind power plants.

"At the first stage we have chosen top three suitable places for setting up the plants."

The wind speed in these places was found over five metres per second, which is a minimum requirement for power generation, the Power Division official noted.

"We have set a target to attain 10 per cent of the total electricity generation capacity from renewable energy sources by 2021. The wind power plants are part of that effort," he added.

At present the share of renewable energy in the country's total electricity generation is 3.04 per cent only.

Last year the Cabinet Committee on Public Procurement approved a proposal for setting up a 30-MW wind power plant in Sonagazi under Feni.

Siddique Zobair, Member of the Sustainable and Renewable Energy Development Authority (SREDA), told the FE that the country's coastal belt has 'low to medium' wind speed. The average velocity of wind was found between 4.5 and 5.6 metres per second in those areas.

Asked whether or not setting up power plants with such low wind speed will be commercially viable, Mr Zobair said it will depend on power tariff rate.

"If the wind power rate is found to be equivalent to solar power rate, it will be viable."

After assessing the sponsors' response to the three wind power plants, a decision will be taken for setting up more such plants, he added.